Trying to get somethings ready for the "Santa's Gift Shop" sponsored by the local Art Association. here are a couple of early attempts at things. The one is difficult to photograph. The sphere is plastic. That is the only one and the rest are glass. The hard part was tracing over the design because the IdentiPens are nice but are translucent. Do not show up real dark unless go over them a couple of times. This will limit some of the patterns that will be willing to try. Will probably try the Deco Color Paint pens that I used on the mirrors. The other two are ceramic blanks that I purchased at Hobby Lobby. Saw some that my cousin and fellow CZT 10 graduate, Dianne Krumnow did last year. Used micron 01 on the snowflake. Did not think I was using that much pressure but the ceramic is rough and it basically scraped away the tip of the pen. Did the other with Sharpie pen, fine point and ultra fine line permanent markers. Have not put any sealer on them yet but planning to use a Modge Podge product. Will see how that works. Have not tried before.  For first attempts turned out fairly well.

If you have tried anything similar and/or have any suggestions for things would be glad to hear them. Will post more if I have time and as I get some things done. Planning on doing more ornaments and probably doing some more coasters and also trying on some bigger tiles for trivets.

Here is what I have so far. 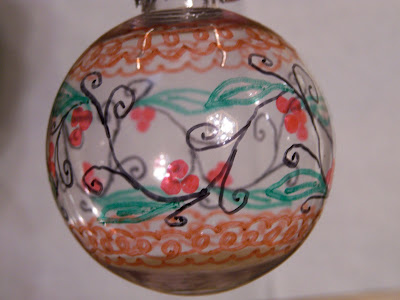 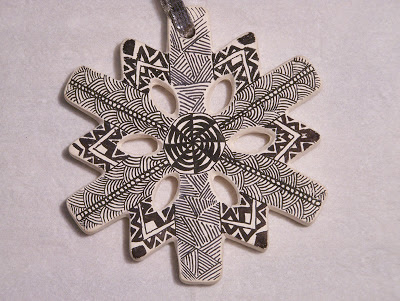 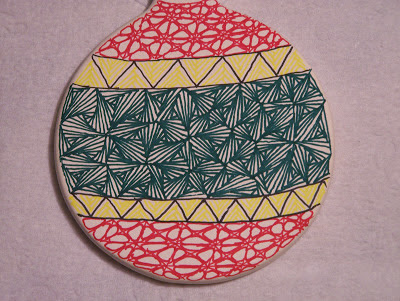 On to do more things as I have a lot to get done.

Posted by Tangles and More at 8:02 PM