Spinner Board for Zentangle classes

Had been wanting to make one of these for a while and never got around to it. I took some pictures along the way to show how I put it together. I did the reverse of what some did and used the clip board as the top. I did this so I can take it off and use it by itself. But I get ahead of myself. Will attempt to go through the steps with the pictures. 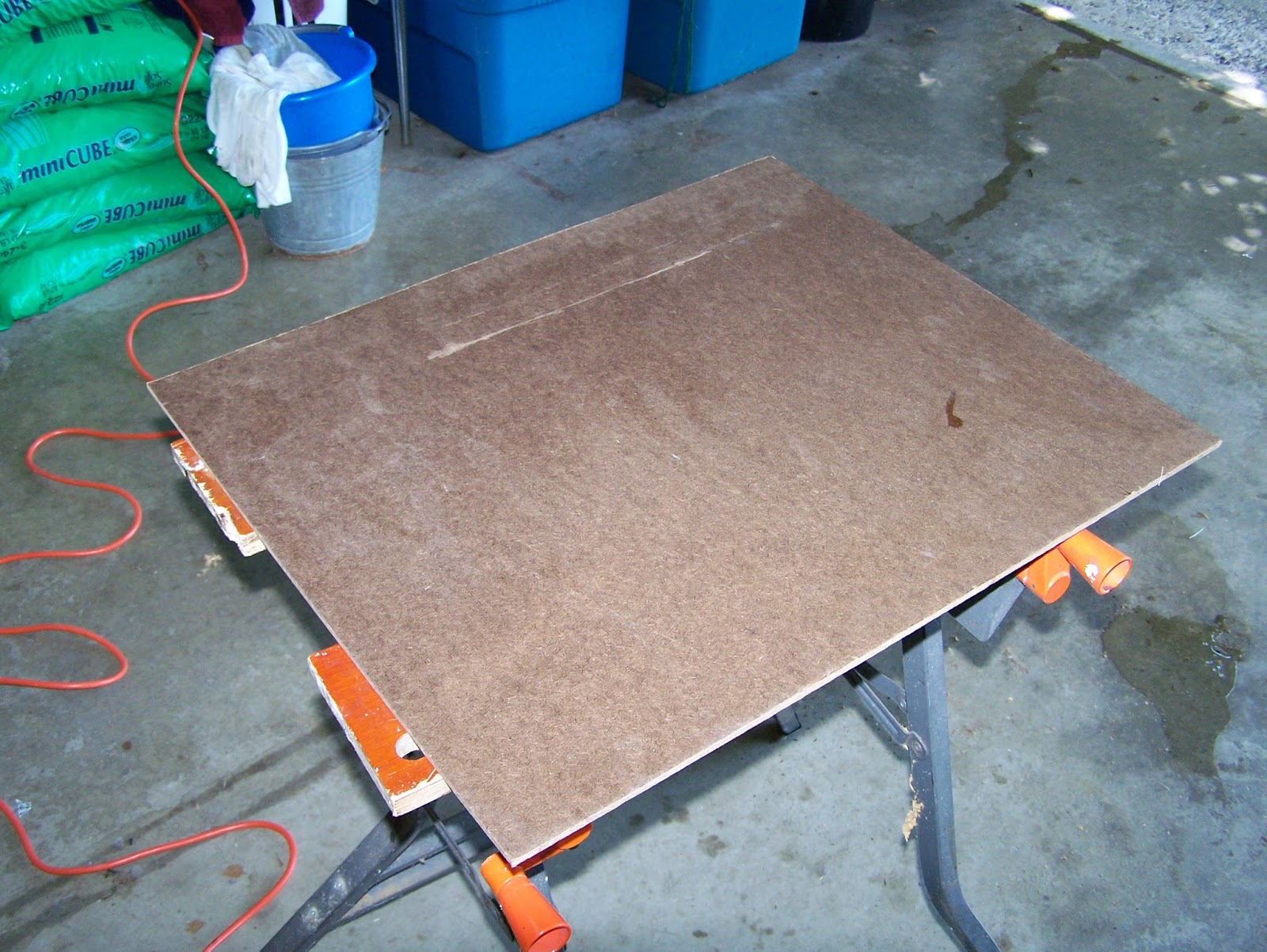 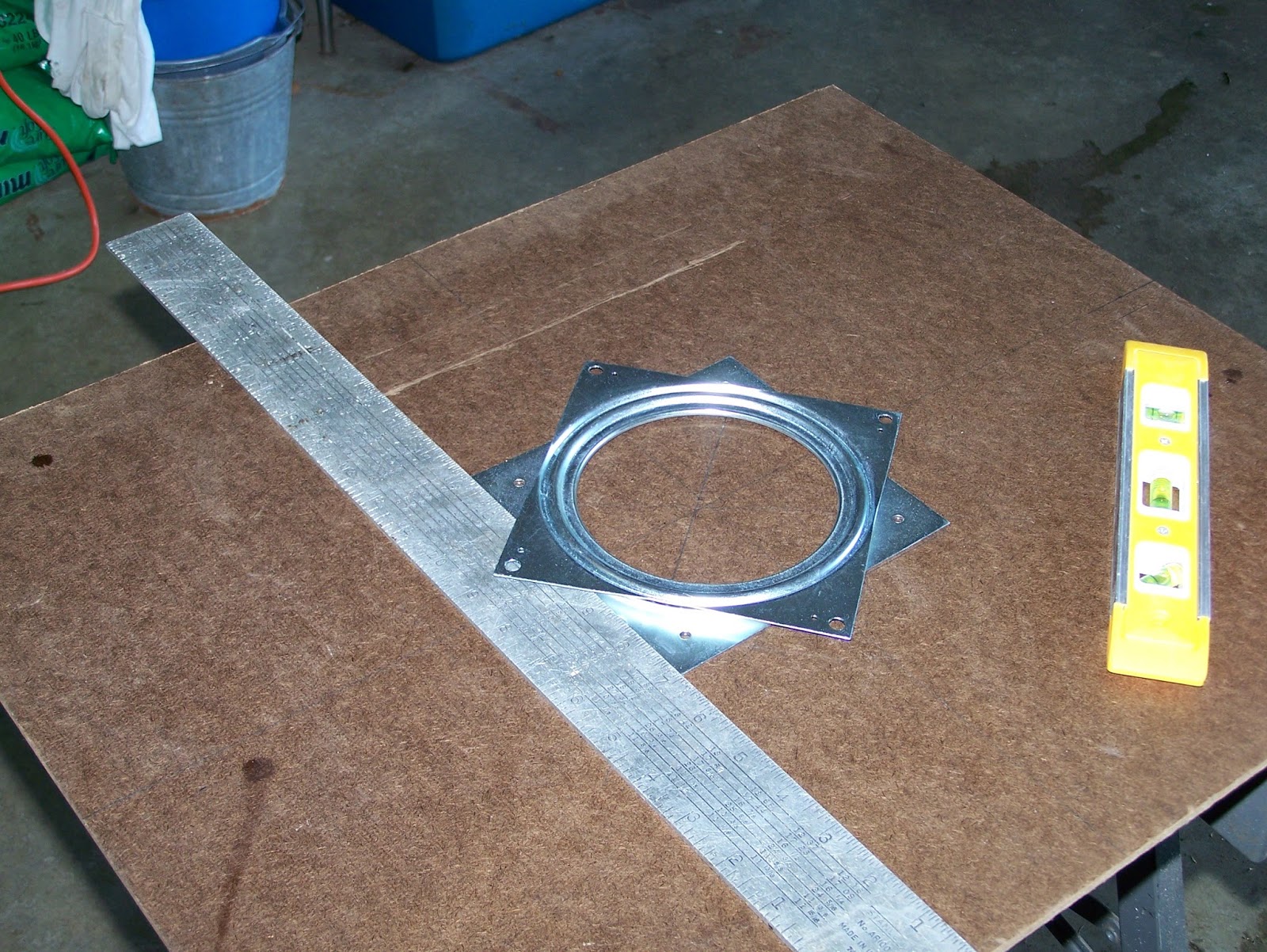 This picture did not turn out well because the hardboard is a dark brown. I essentially found the center of the hardboard by using the square.  I measured to the middle of each side and used the square to draw intersecting lines in the middle. 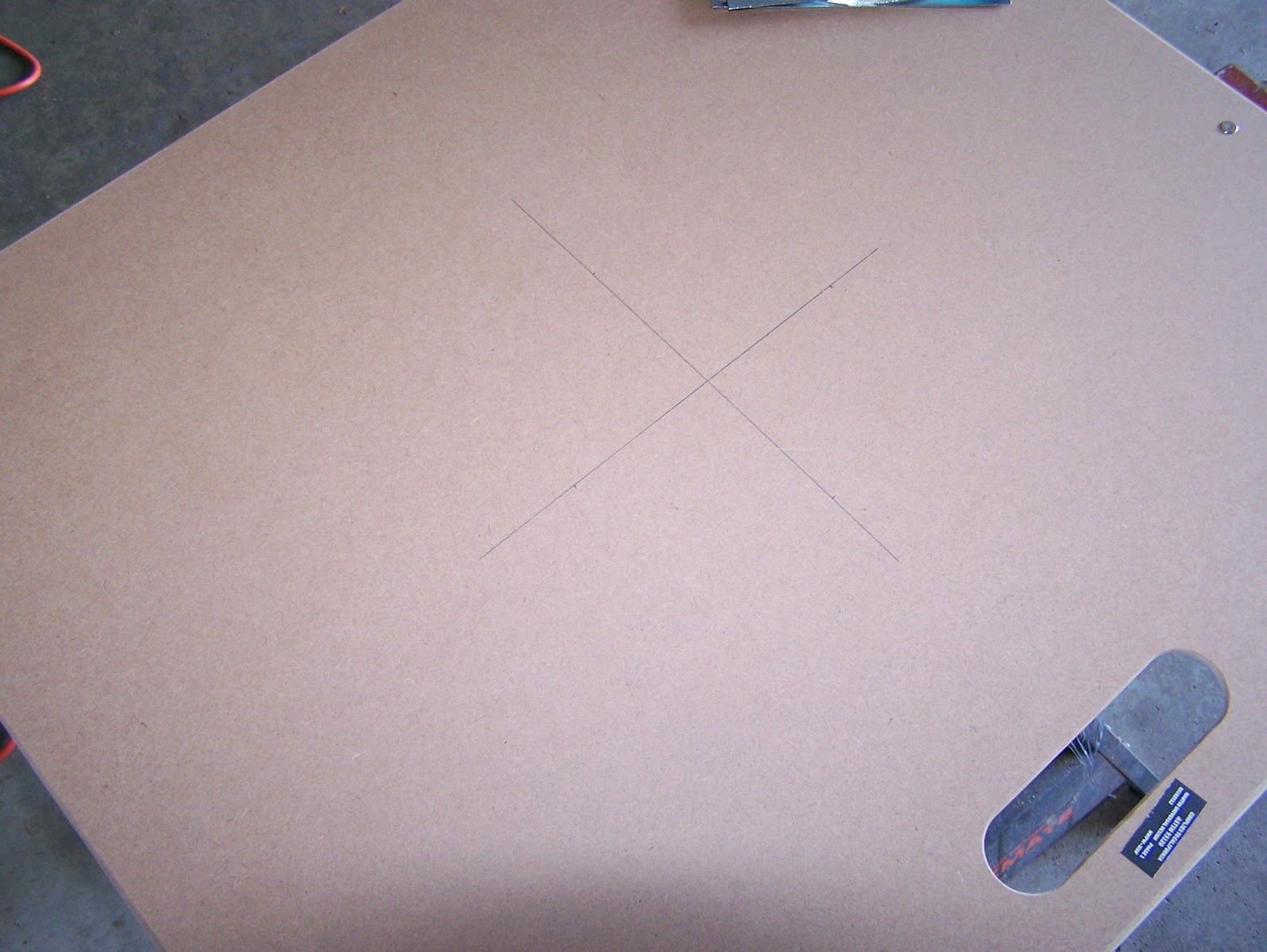 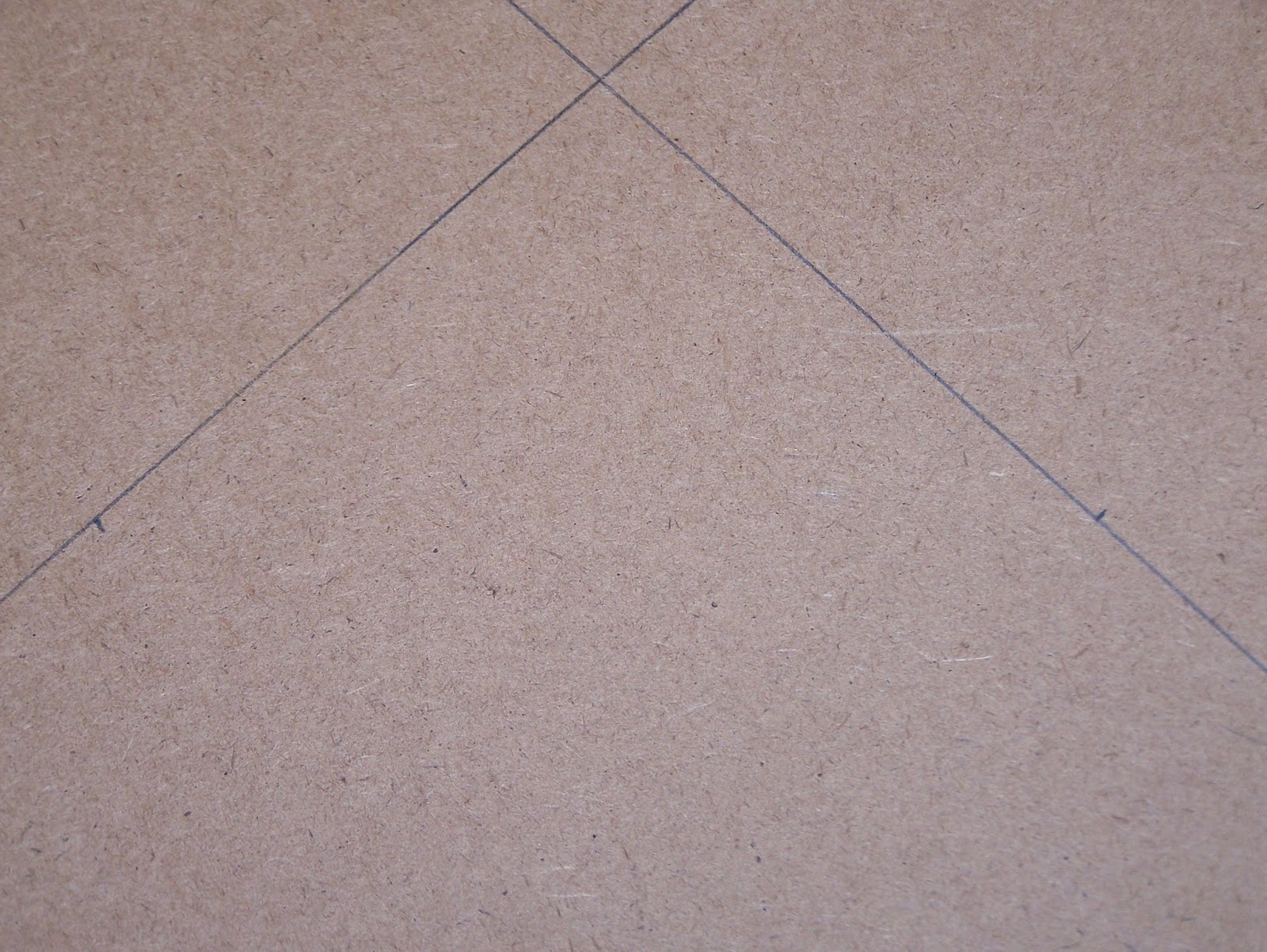 Here is a close up of the lines intersecting and on each axis I marked 3" from the center. I was using a 6" square lazy susan plate 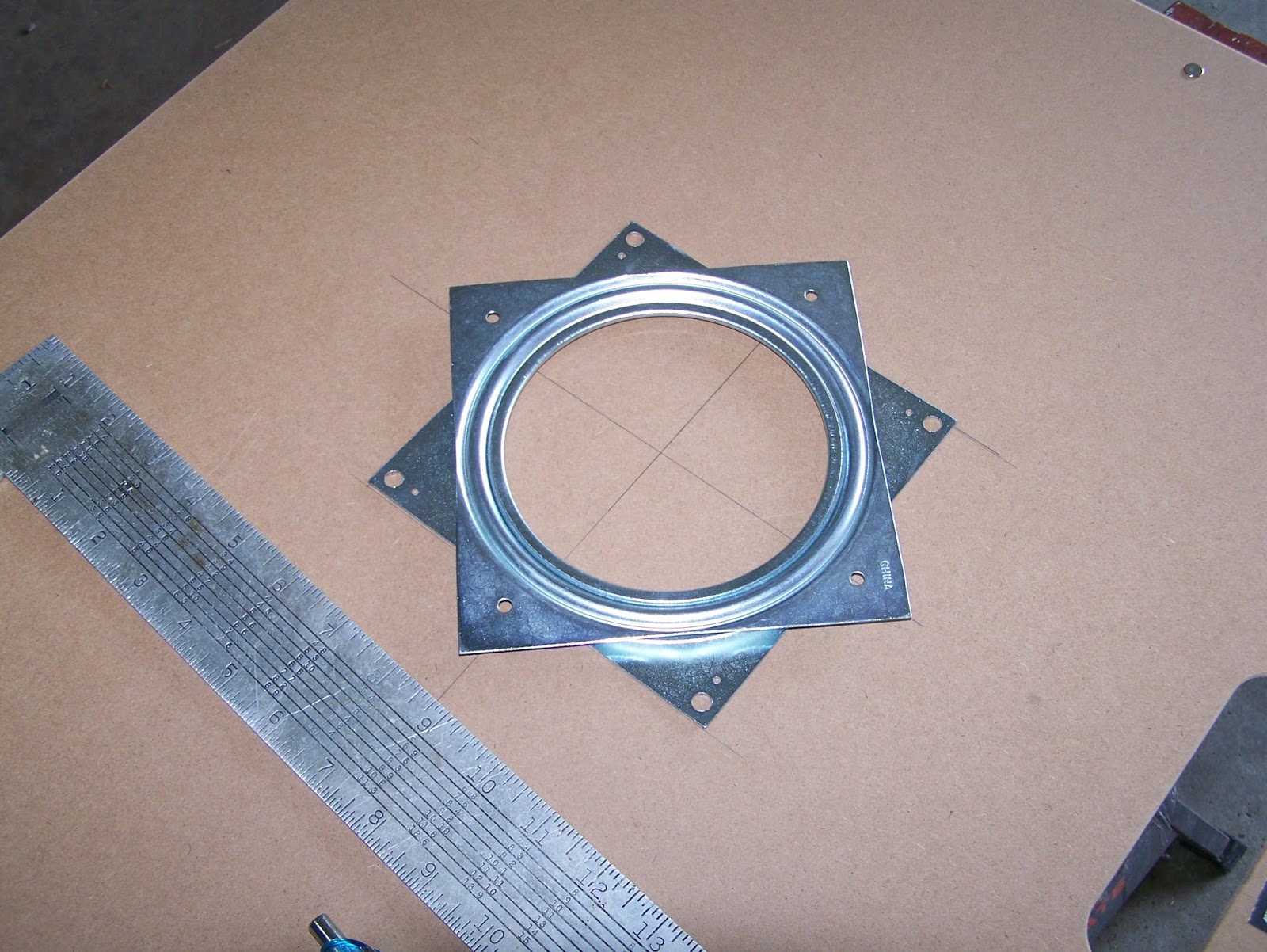 I used these lines to set the plate and then drew around the edge to mark where the plate should be. On the hardboard base I also marked the screw holes. 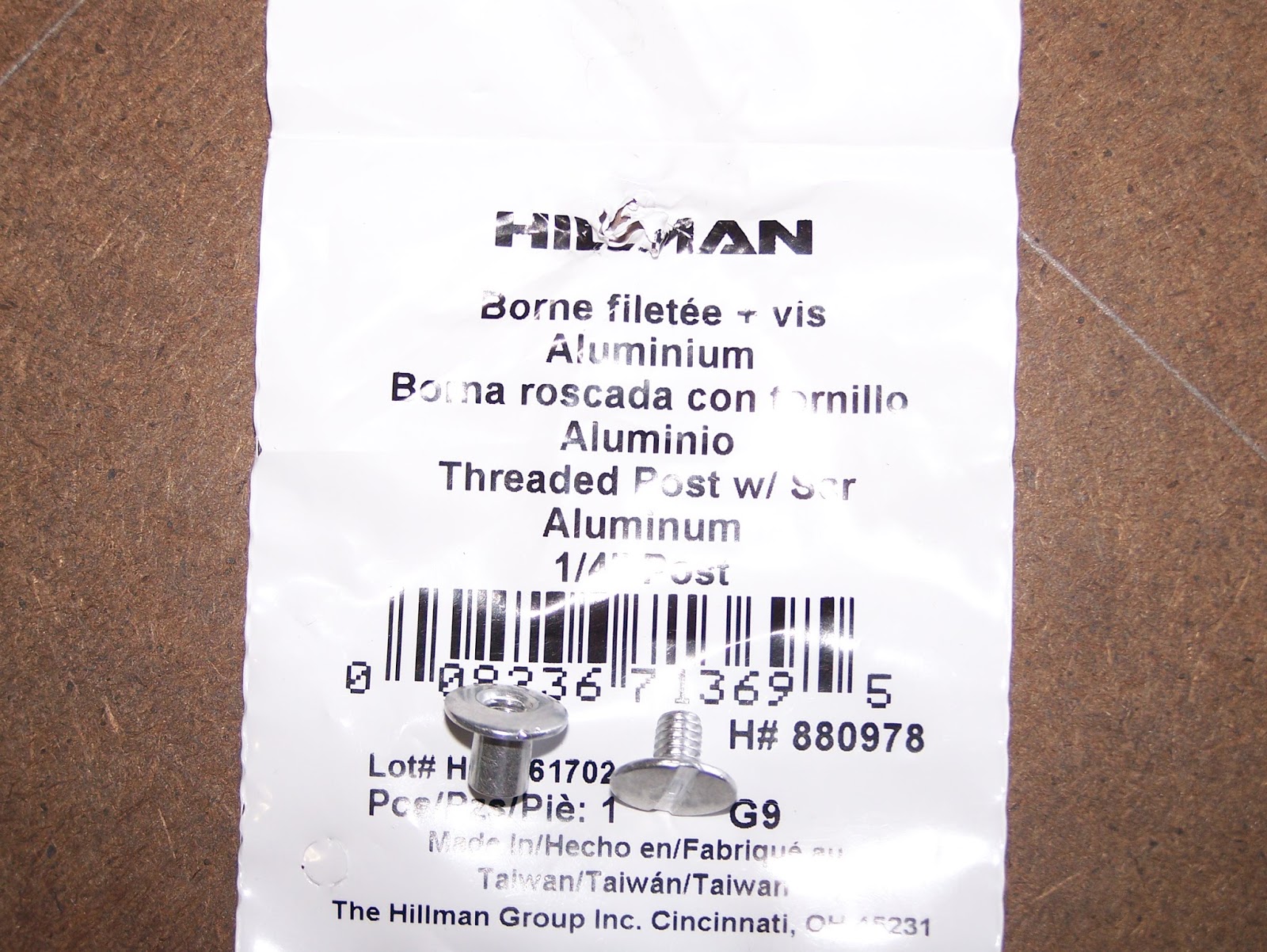 These are what I used to attach the lazy susan plate to the base. They are ¼" long. I used these so there were no sharp points protruding behind the board to snag on anything. They are a bit expensive ($.80 each at Lowe's) I drilled four holes in the hardboard in the circles that I marked for the screws. I then pushed the threaded post through the hole from the back side. 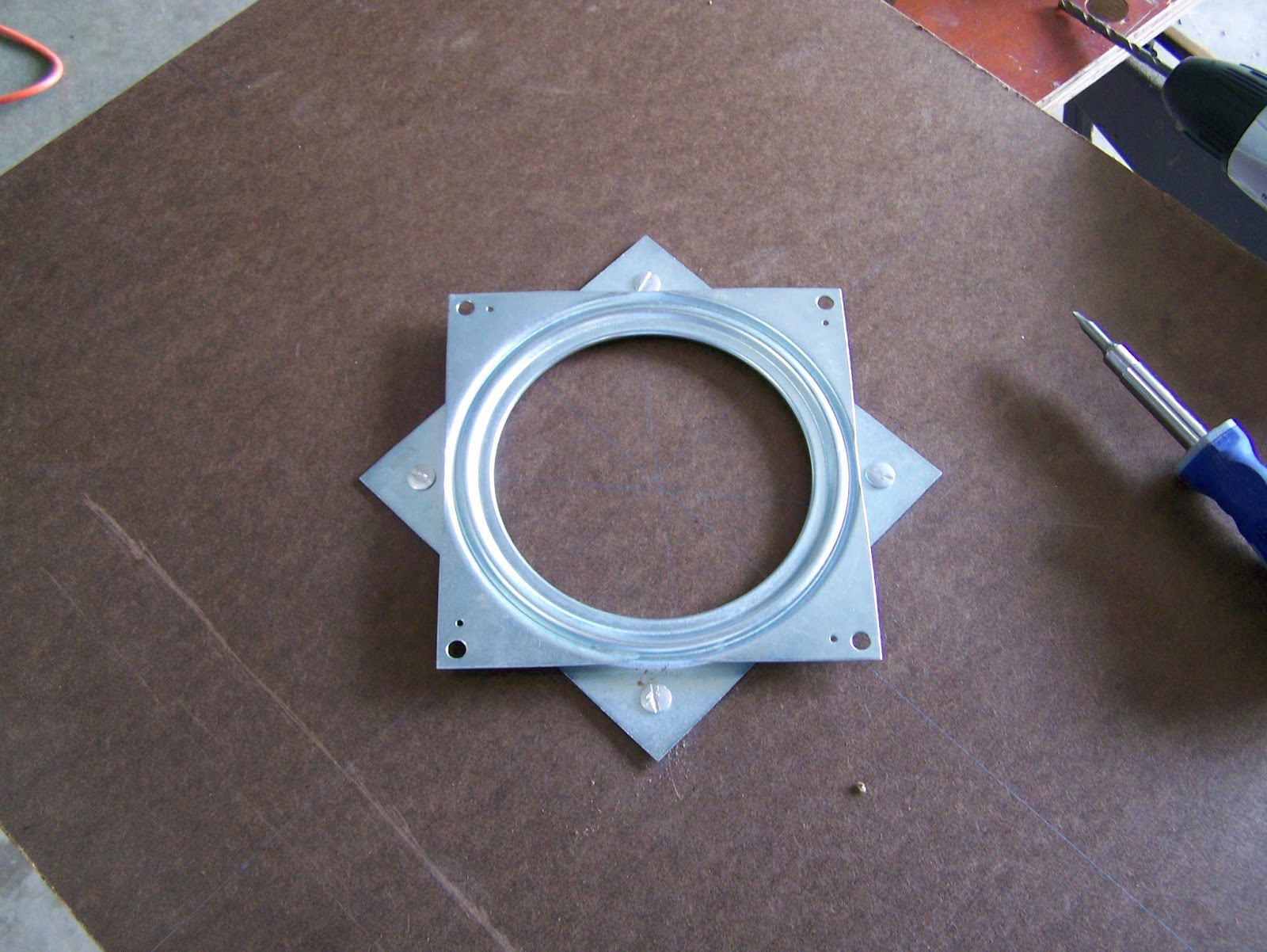 I then flipped the board over, aligned the holes and screwed the plate to the base. (Actually before you screw it down you will want to skip down 2 steps and draw the outline of the plate on the back of the clipboard.) 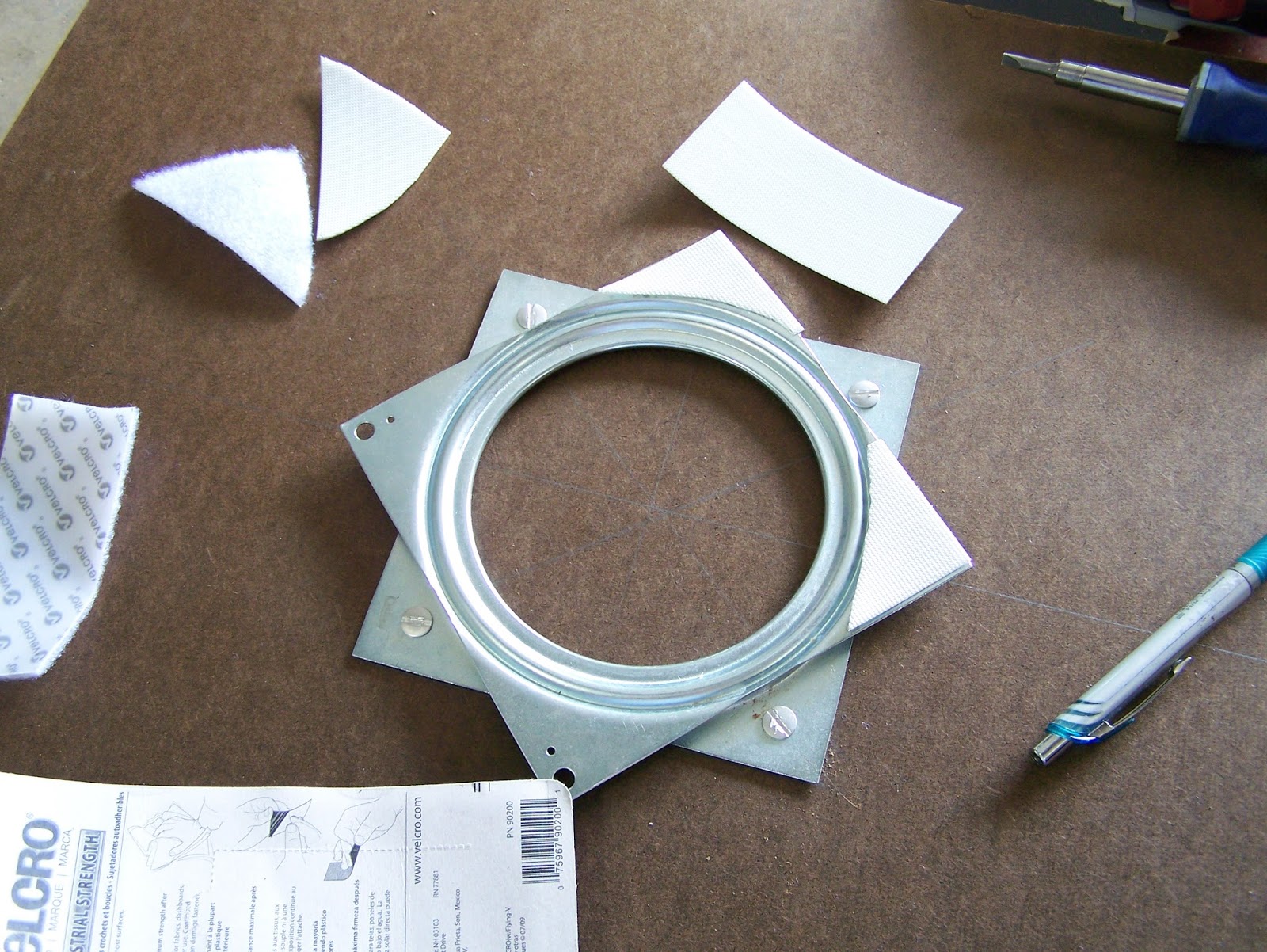 Since I wanted to be able to remove the tote clipboard I used industrial velcro to attach it to the lazy susan plate. I am trying it in the corners first to see if that will be enough hold. I have more that I can add if need be. I attached the hook side of the velcro to the plate. 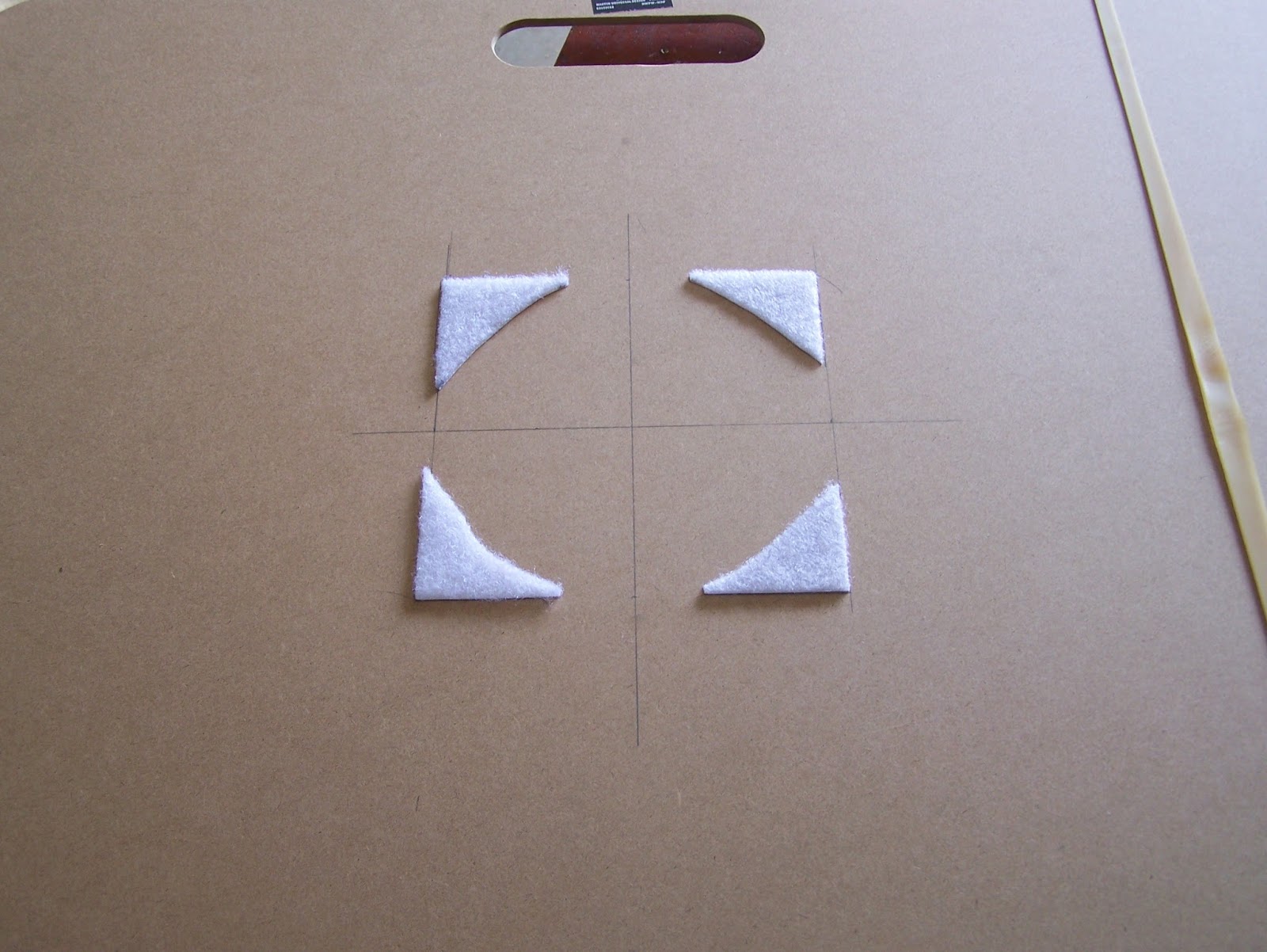 I then put the fiber side of the velcro in the corners of the plate outline on the back of the clipboard. 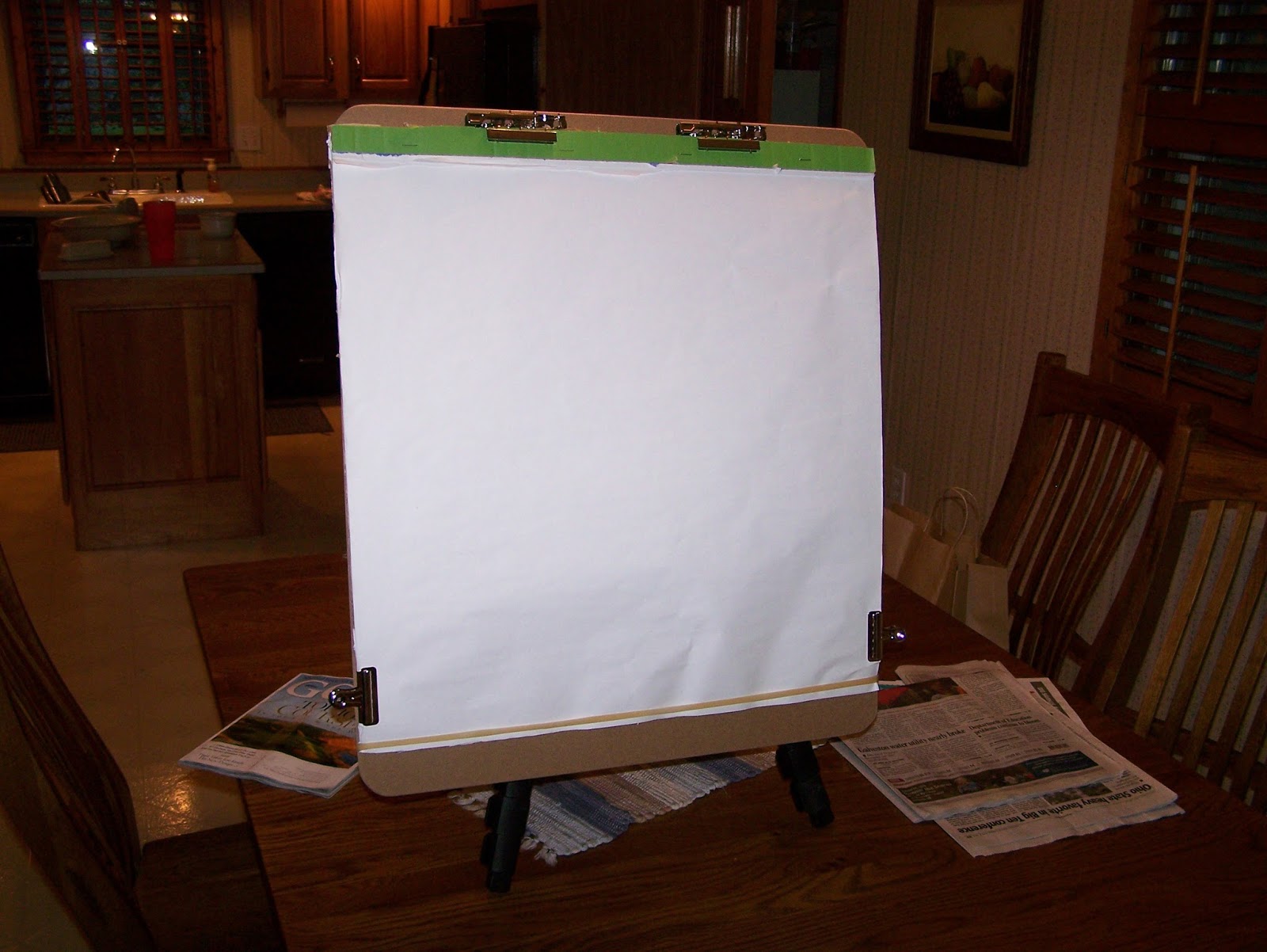 I then attached the two, and placed it on the easel. This is a picture of the finished product. It is on a table but the legs of the easel extend so it can be on the floor, which is the way that I usually use it when I teach. I did cut down the pad so it would fit on the clip board. It is about 22" x 24" . Next time I will probably cut it a little longer.

Mine is a little different than others as my base is smaller than the tote clipboard. It still rotates on the easel fine. Will have to see how it works when I am teaching. I still have a piece of hardboard left so if I want to make the base larger I can. There is a cut-out in the clipboard for a handle so I am not planning on buying a portfolio case to carry it in. May do that later if I think it is worth it. That would probably be another 40% off purchase (or possibly a nice Christmas present) as they cost about the same as all the materials for the spinner board.

Hope this helps anyone that is looking at making one of these. If you have any questions, you can e-mail me or comment on this post and I will respond as I can.

Email ThisBlogThis!Share to TwitterShare to FacebookShare to Pinterest
Labels: Spinner board, Zentangle®