This week's Diva Challenge was using the tangle Dex as  monotangle. I like this tangle but it was a challenge to come up with something as a monotangle. The few post I have looked at have expressed similar thoughts. I ended up doing two tiles. This is mostly because I was not thrilled with the first one. I am not sure why. The second one everything just seemed crisper. I chose the circles as I had wanted to practice the sphere technique posted by one of the other CZTs. I think it was Margaret Bremner, but I could be wrong. The ones that I saw other people do I thought looked really great. I still have some work to do on this but was satisfied as a first attempt. Was not as pleased with the way the picture came out. I avoid using the flash because the graphite will "shine". the shading is not as mushy on the actual tile. I hope you enjoy them. 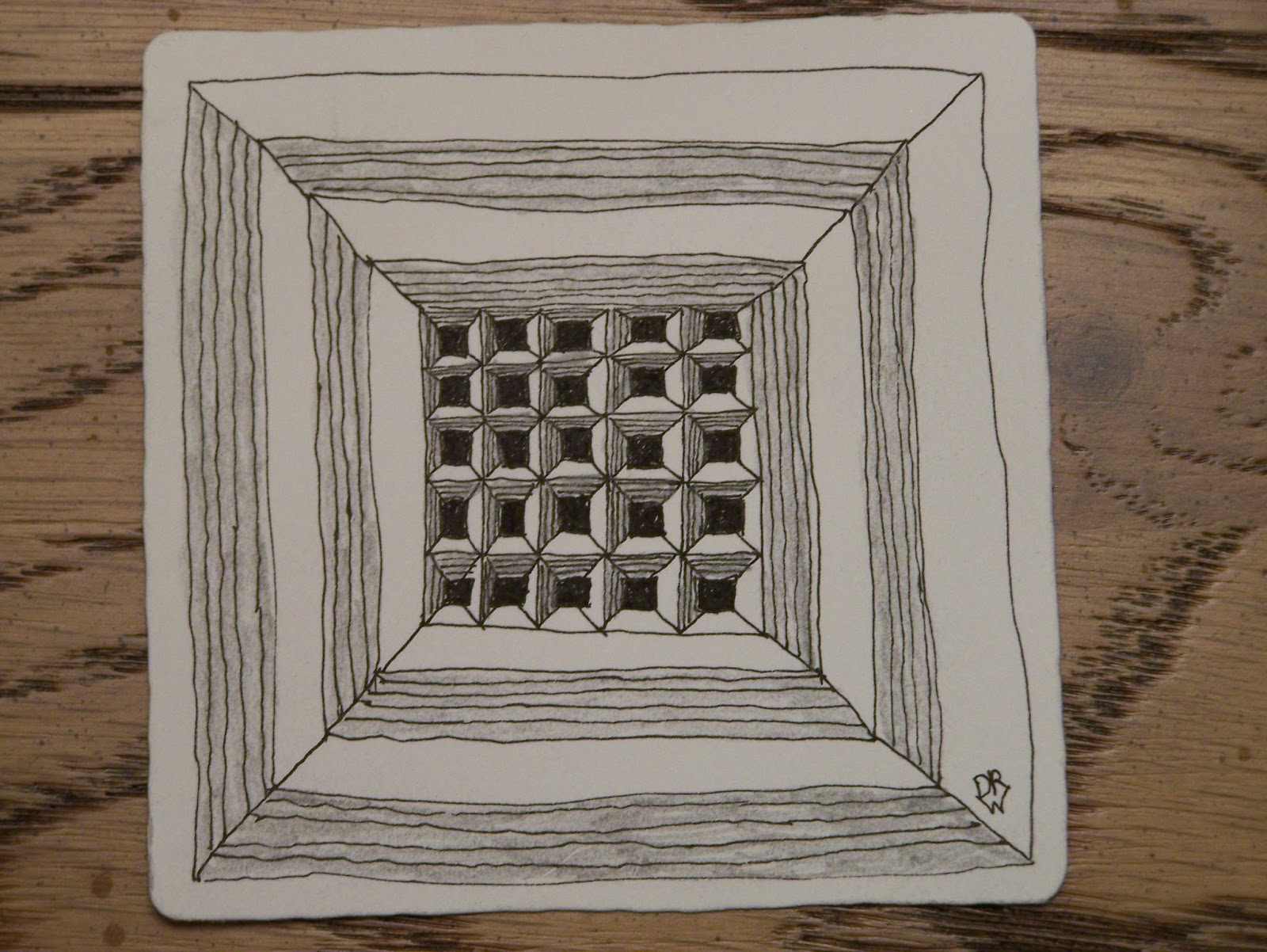 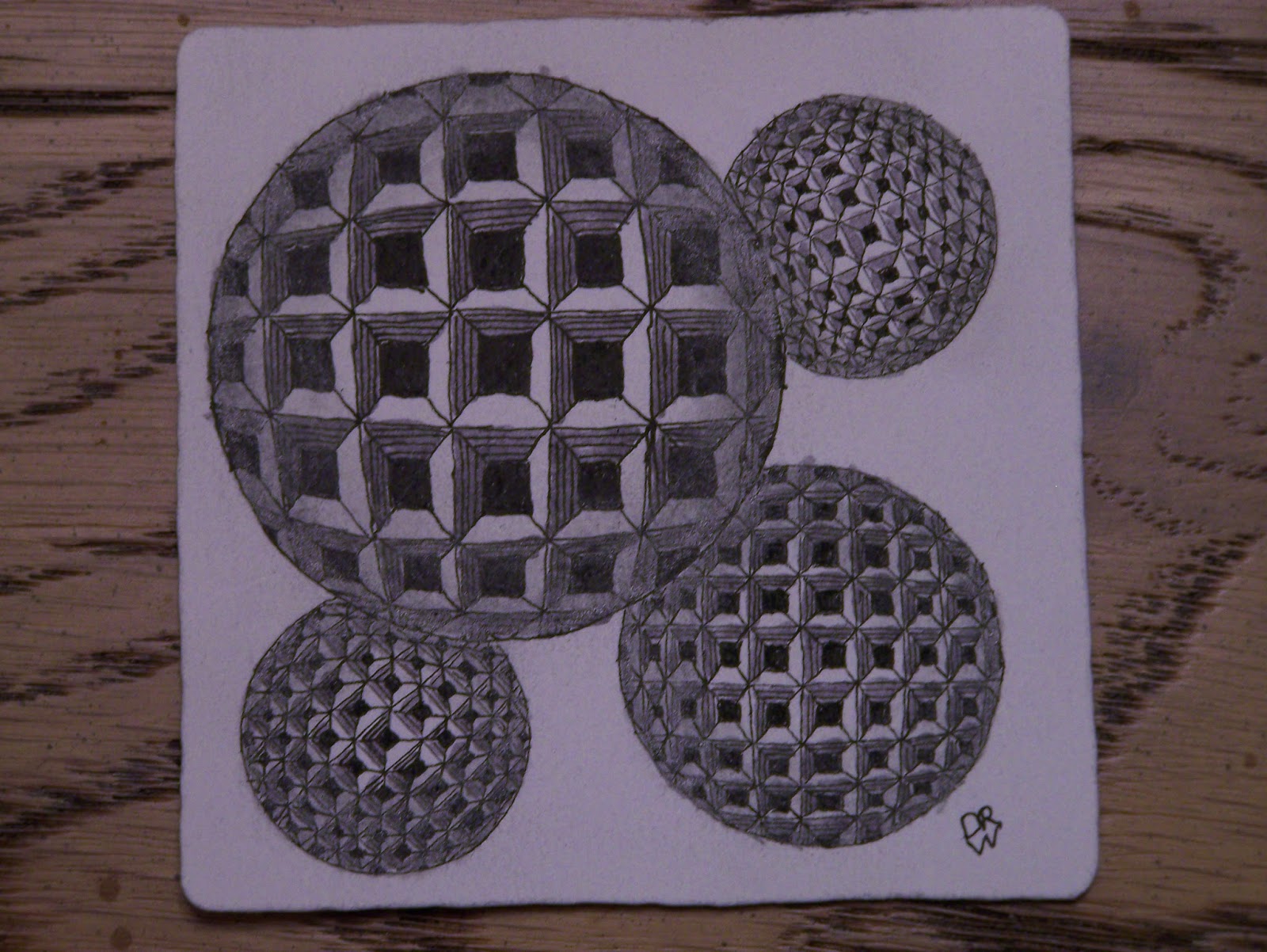 I did use a stencil to make these circles. I do not think I could ever make such uniform circles free hand.

I have only looked at a few of the other submissions but plan on doing so the rest of the week.  If you have not looked at them would encourage you to go to  I am the Diva and look at what other people  have submitted.

Thanks for visiting. As always comments are welcomed, encouraged, and appreciated.
Go Tangle !!
Posted by Tangles and More at 9:08 PM