Was impressed, and inspired, by some of the Mookas that were part of the Diva Challenge. Like a lot of others, I can look at what I have done and am not totally satisfied with the results. Had some time so decided would work on a couple of  things. One was Mooka and the other was practicing working on the black tiles with white pens. Did not post this in the Diva Challenge as it is not a Duotangle. Did not include Auraknot.

This tile is really "out of the box" for me. When I have used Mooka, I have generally been pretty conservative. I wanted to push this a little and see what happened.  It really was an experiment in different ways that I could embellish Mooka without totally eliminating it. There was not anything original in my embellishments. I am sure that you have seen them in others work. They were however not things that I have tried before.  The only thing I was really conscious of as I was doing the Mooka was to make enough of a curve on the end. I did try to keep them a little consistent in width. I have always tended to put a larger "bulb" on the end of mine than some folks.

I remembered to take  at least two pictures of the process. Did not take pictures of what the original Mooka looked like. Figured that most people could make this out. It is one before shading and one after shading. This was done on a standard black Zentangle® tile.


Here is the one before shading 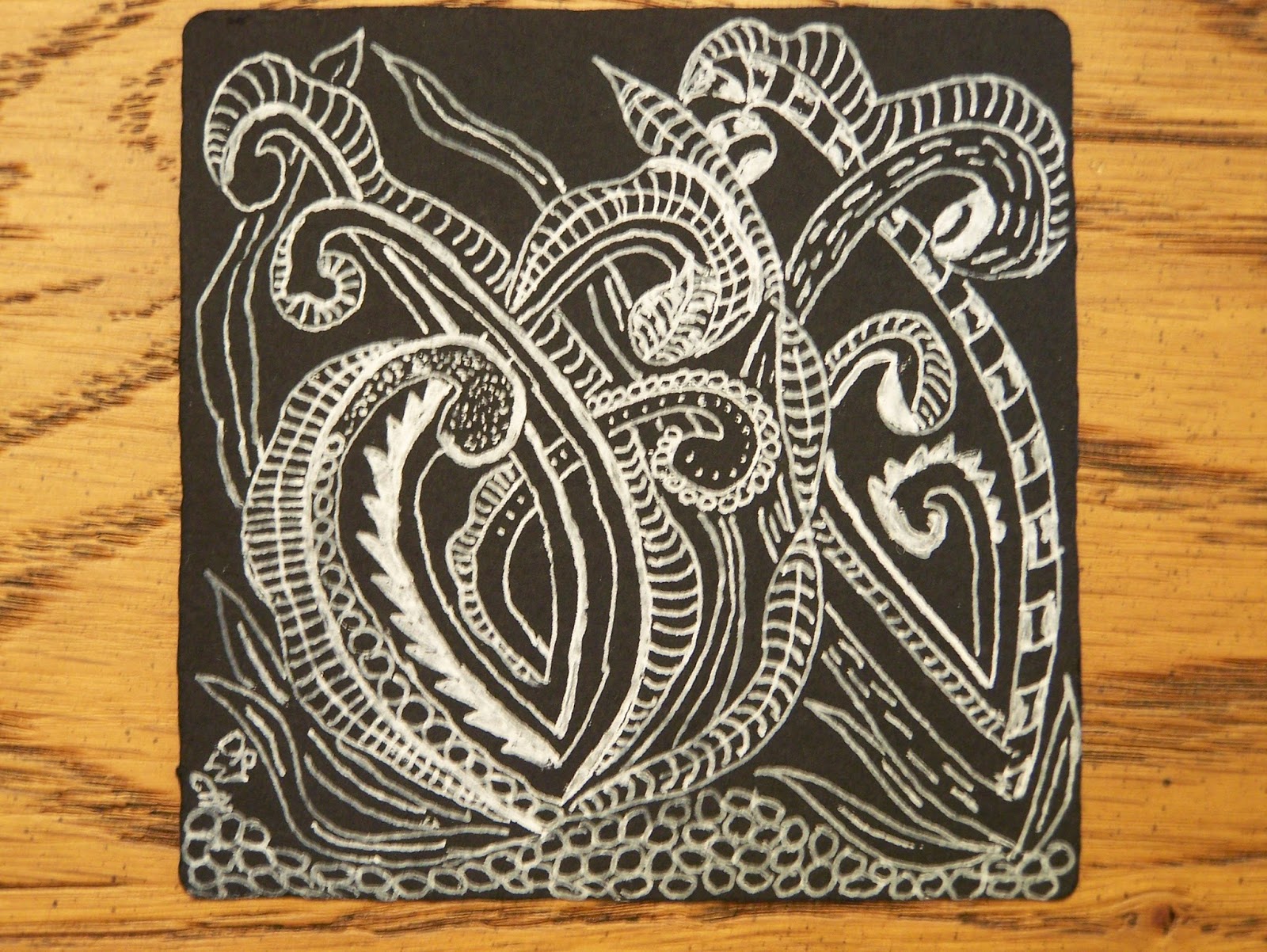 Not sure why, but to me this has a little bit of an aquatic feel to it. Was not intended.

May have gotten a little carried away with the shading. I will let you decide. Most of the shading was done with General white chalk pencil. I also used a Fabrico grey marker in a couple of places. I wanted to go back to the Sakura to compare, as I have been using the Insignio more lately.  I used the medium nib for the basic lines, weighting and fill. I did not have any problems with it globbing. Like the Insignio, there were a few times that the ink did not flow as well and I had to go back over a line. I really was conscious about how I was using it. I do not remember if it was something that I heard from Rick & Maria, or someone else that mentioned it in a blog, but they said that you had to "tickle" the paper with the pen. This seemed to work well. That may have also caused some of the lighter cover at times if I had too little contact. I did not feel much pressure at all from touching the paper.

Here it is with the shading. 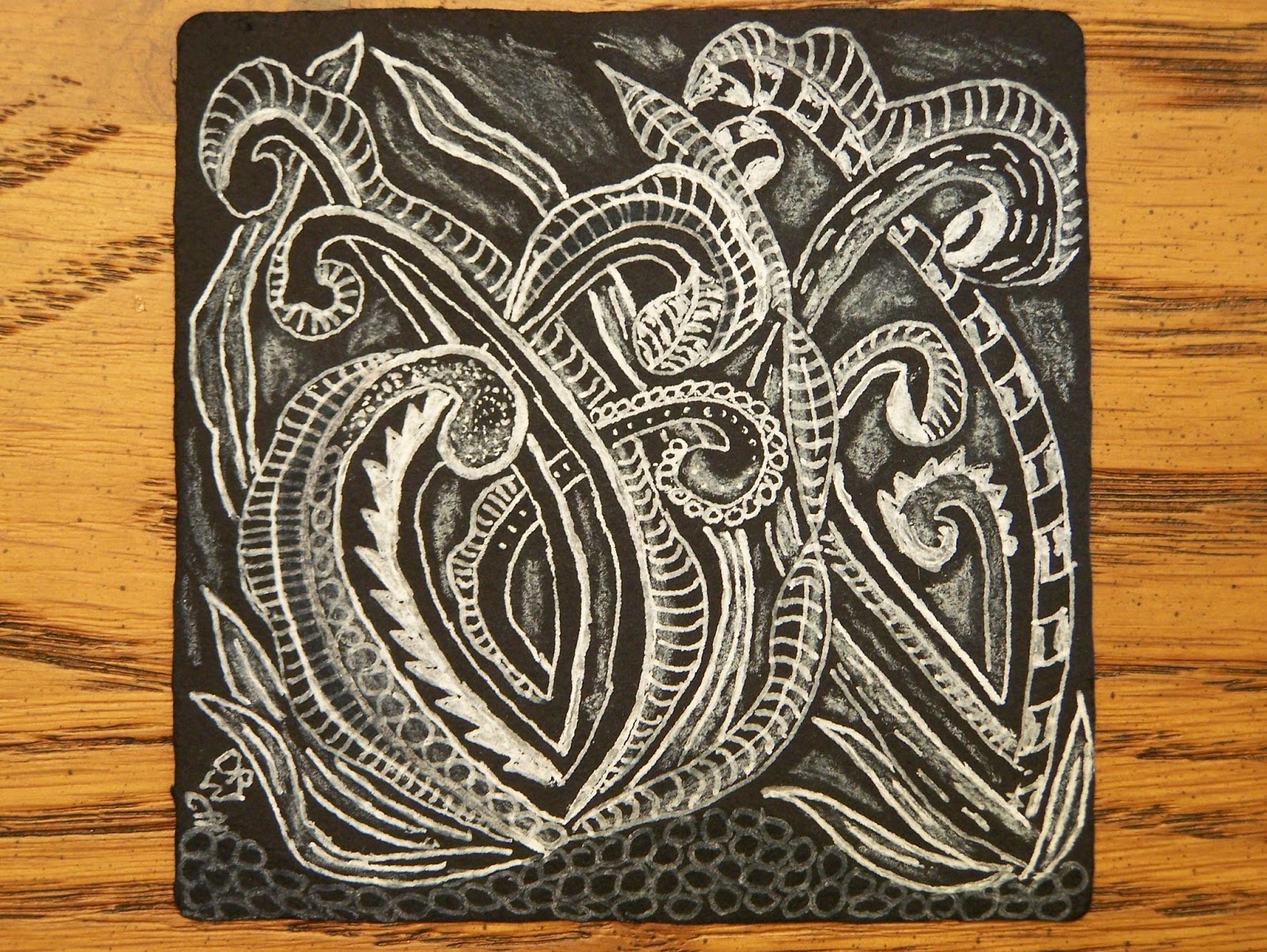 Over all I am pleased with the way that this turned out. There are a couple of embellishments that I am not thrilled with, but I figure that is the purpose of practice- to figure out what works and what doesn't.


I appreciate it if you have made it through this post. It is longer than what I usually do. I hope that some of the information I provided was useful as you experiment and work with black tiles, white gel pens, and of course Mooka.

Thanks for visiting, As always, comments are welcomed, encouraged, and appreciated.