I think about a week ago I posted some wooden crosses that I was working on. Well I finally was able to finish them. Have the polyurethane on to seal them, have added the bales, and also a 32" waxed cord. I have a couple of others that I am working on that I am not using polyurethane on but Tung Oil. I think I like those better. Does not have the sheen that the polyurethane has but I think I like the matte effect. Also easier to get it on evenly with fewer coats. Will post pictures of those when I get them done. Here is the finished project. I hope you enjoy them. 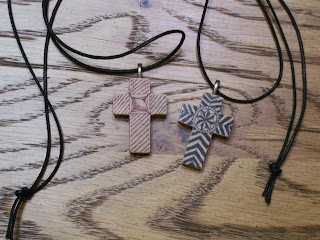 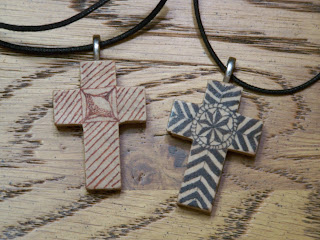 The other new thing is a combination of new things. I had purchased some small wooden boxes a number of months ago. I never got around to doing anything with them. I had a couple of ideas, but they just sat for a long time. Well, I figured that I needed a couple of new things for a venue that I participating in later this month. So I pulled them out. I thought about a little pyrography but decided against it as the wood is not that good for burning. I may try that later. I had done a class on the tangled gems and decided to try putting one of those on the lids. Here is what I came up with. I hope you enjoy them. 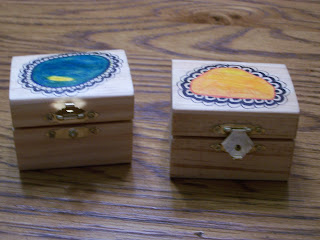 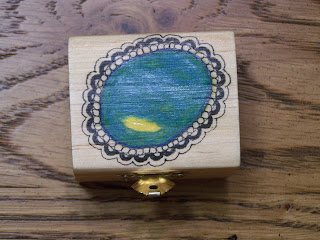 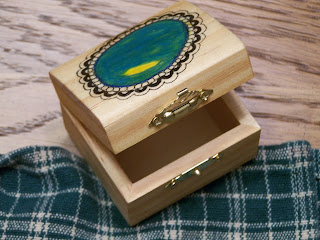 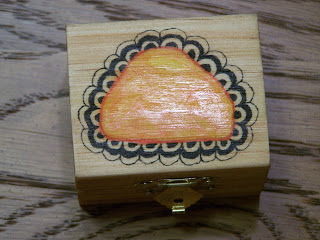 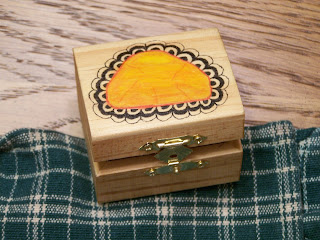 I used Faber-Castell water color pencils on the gems. I did the blue one first and learned a few things in the process. The setting is done with a black micron. I used a really light touch to do that.  The orange does not come through as well in the photo as it does for real. I think that the artificial light had an effect on this. Probably as the orange one was the second one I did, and I was a little more comfortable with the process, I prefer this one. Both have 3 colors that were used to create the tangled gem. Not sure how many of them I will do in the future as they are a little labor intensive.

I have a few other new items that I am hoping to get done. Stay tuned and I will post pictures when I get it accomplished.