Some new things, at least for me.

Have been busy trying to get some things ready for the Art in the Park show that is coming up in a couple of weeks. Is an opportunity to show what can do with Zentangle® and to get a little publicity for classes. Of course, I am hoping to make a few sales. Have been looking at different things that I could do and will include some old favorites also. Here are a couple of new travel mug inserts. 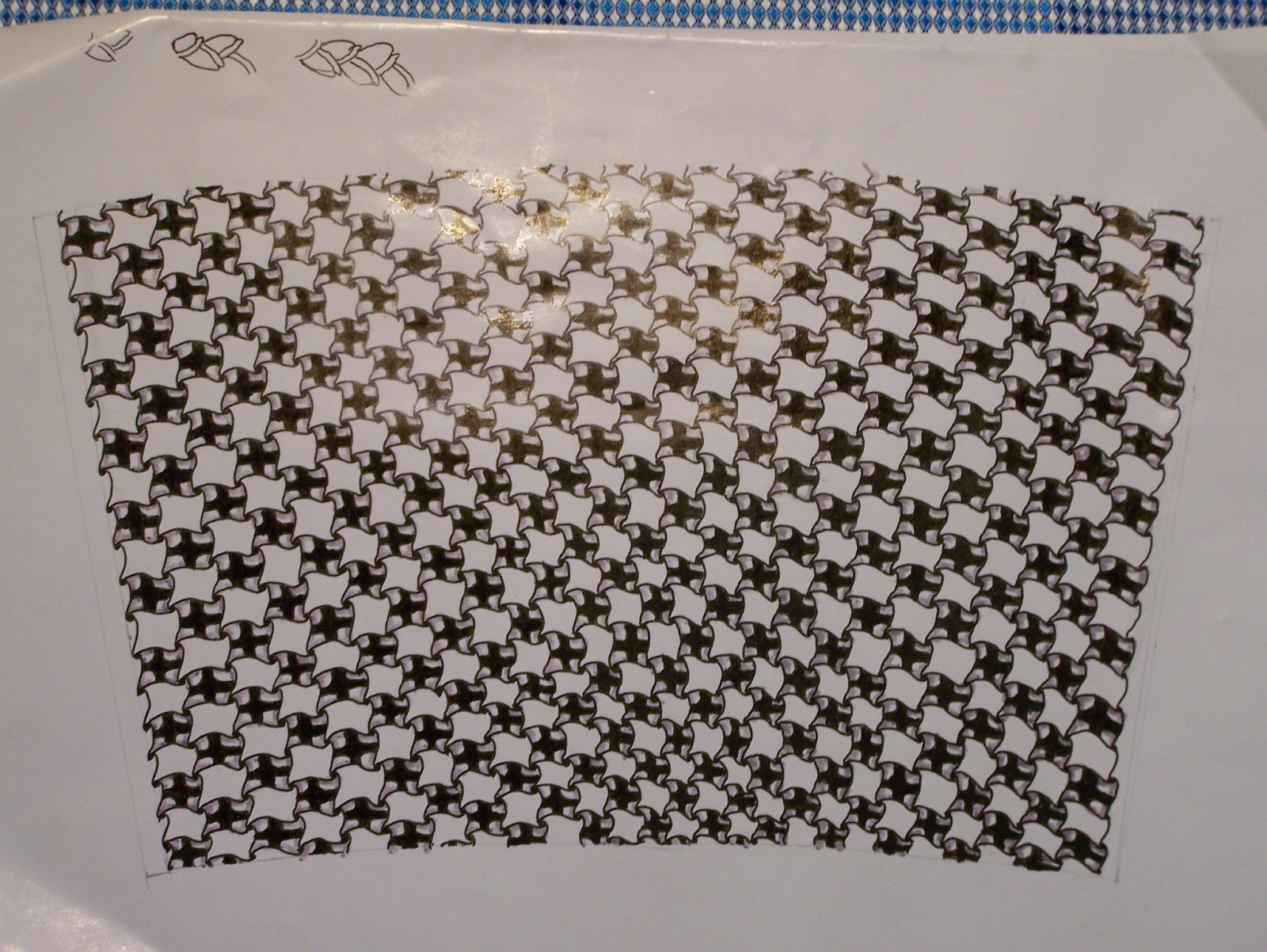 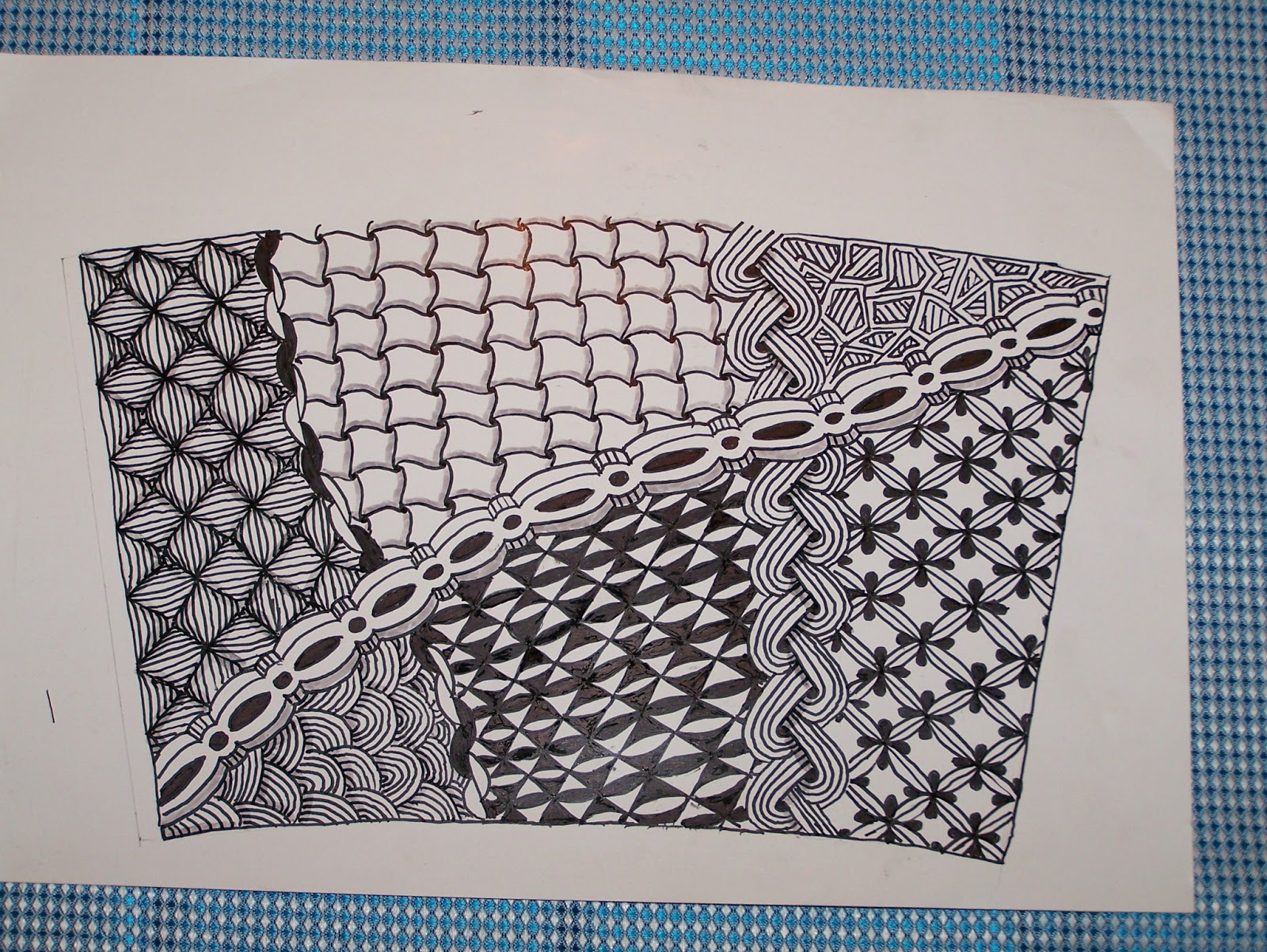 Have not trimmed them and fitted them to the mugs but it is easier to take a picture this way.

Have looked at the posts from Maria on frames and seen some of the things that others have tried so I decided to try a few mattes. Here they are. 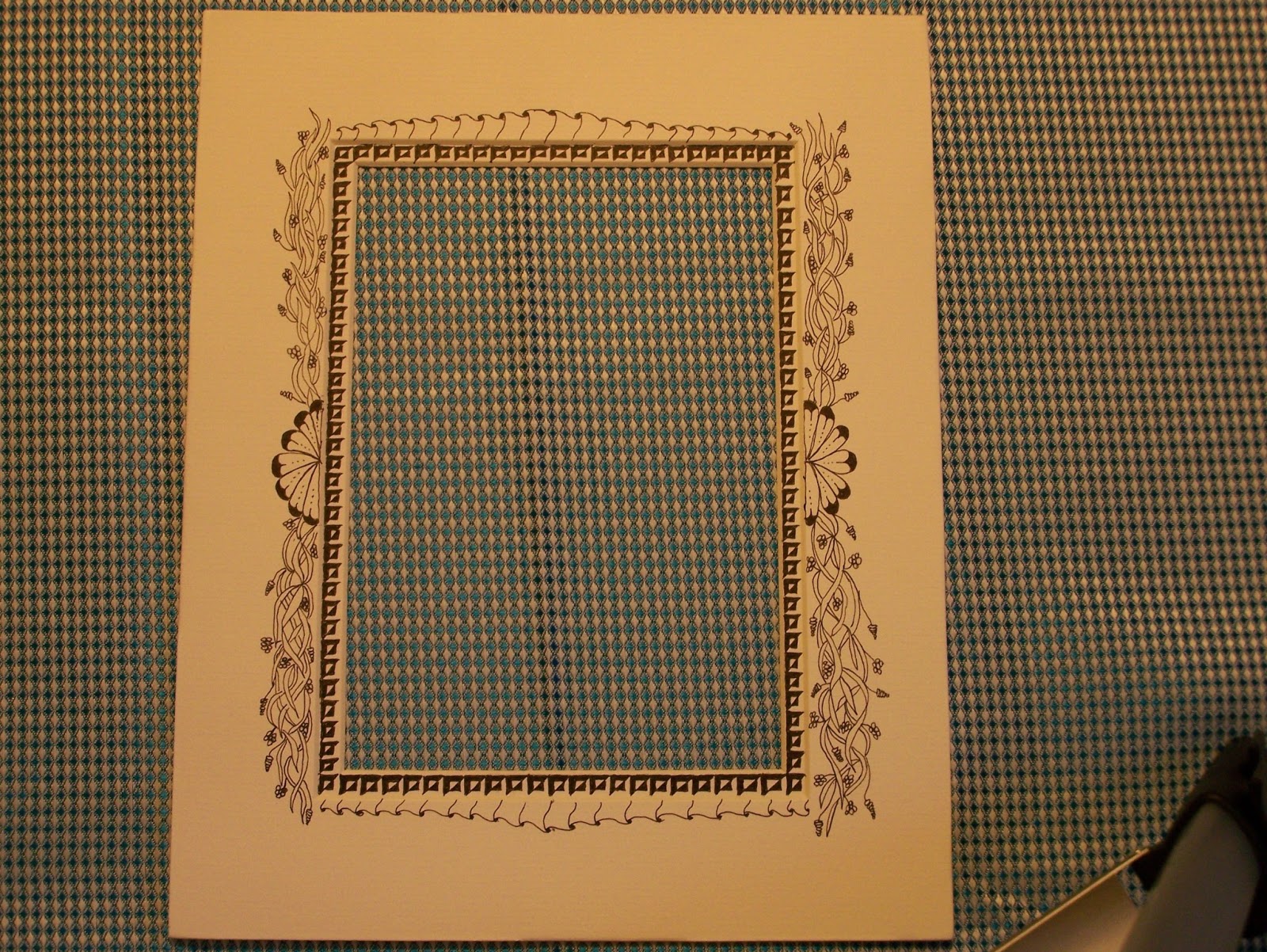 This one would fit in an 8 x 10 frame for a 5 x 7 picture. here are a couple of close ups of different sections since was hard to get too close. 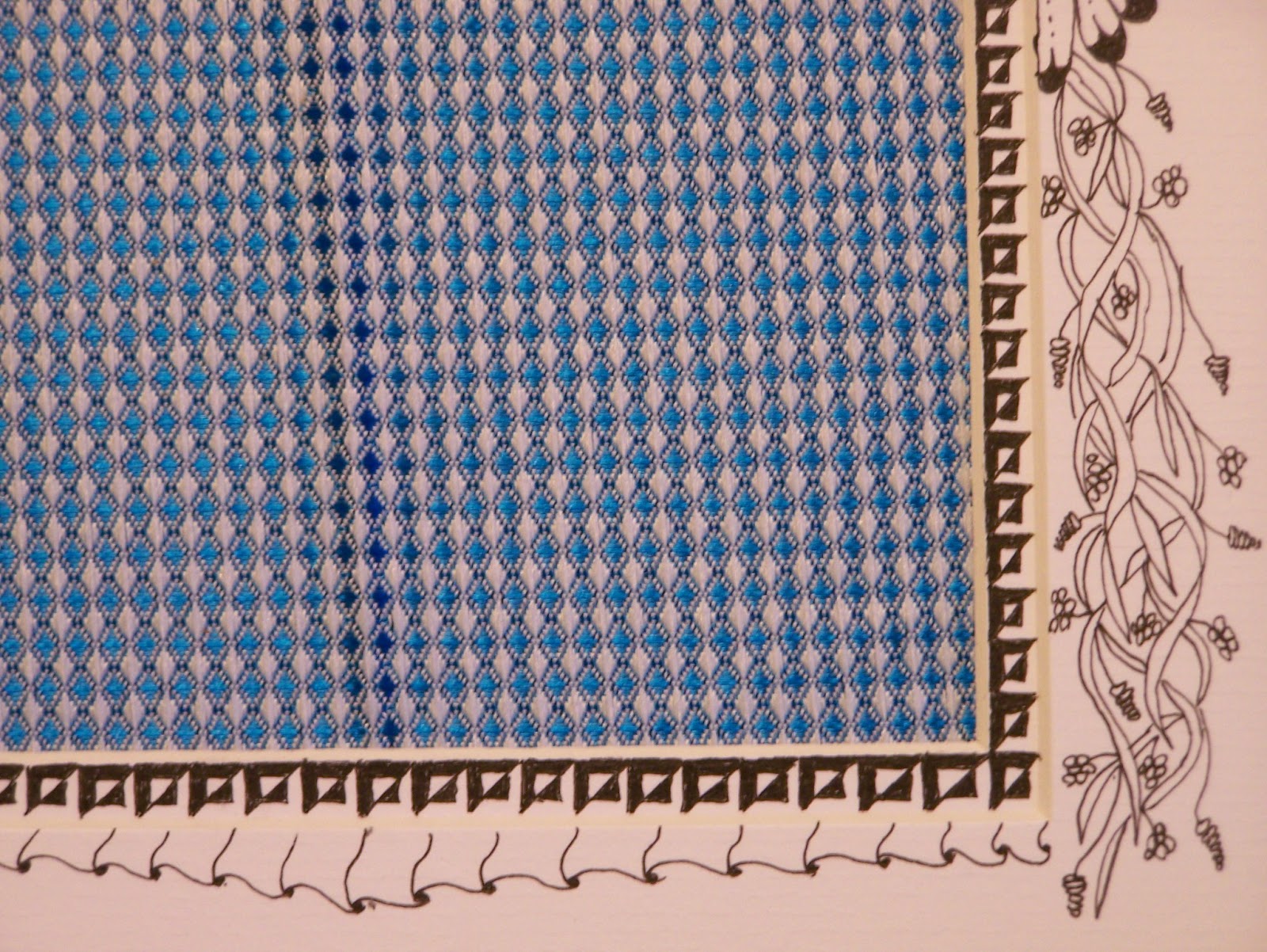 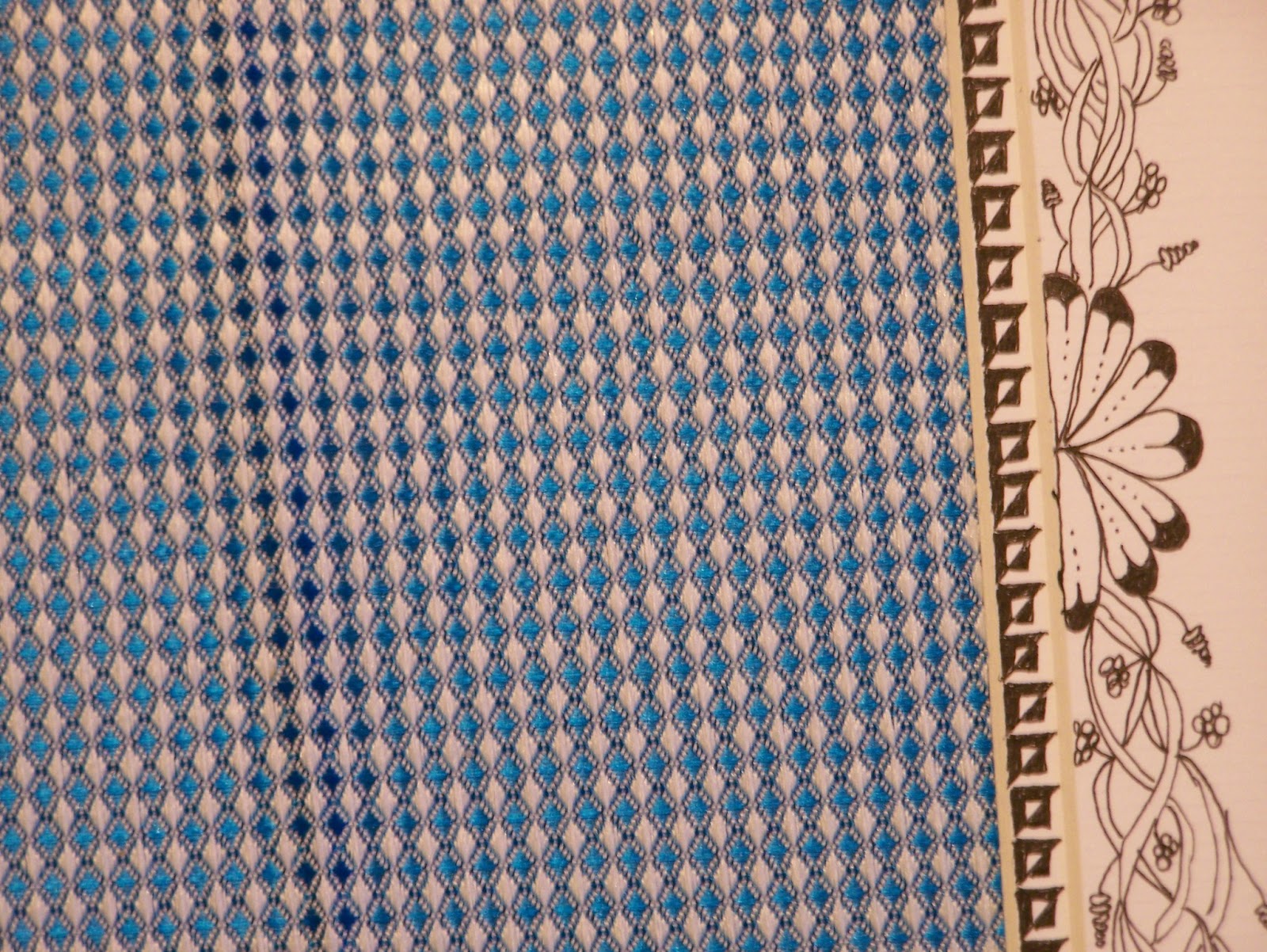 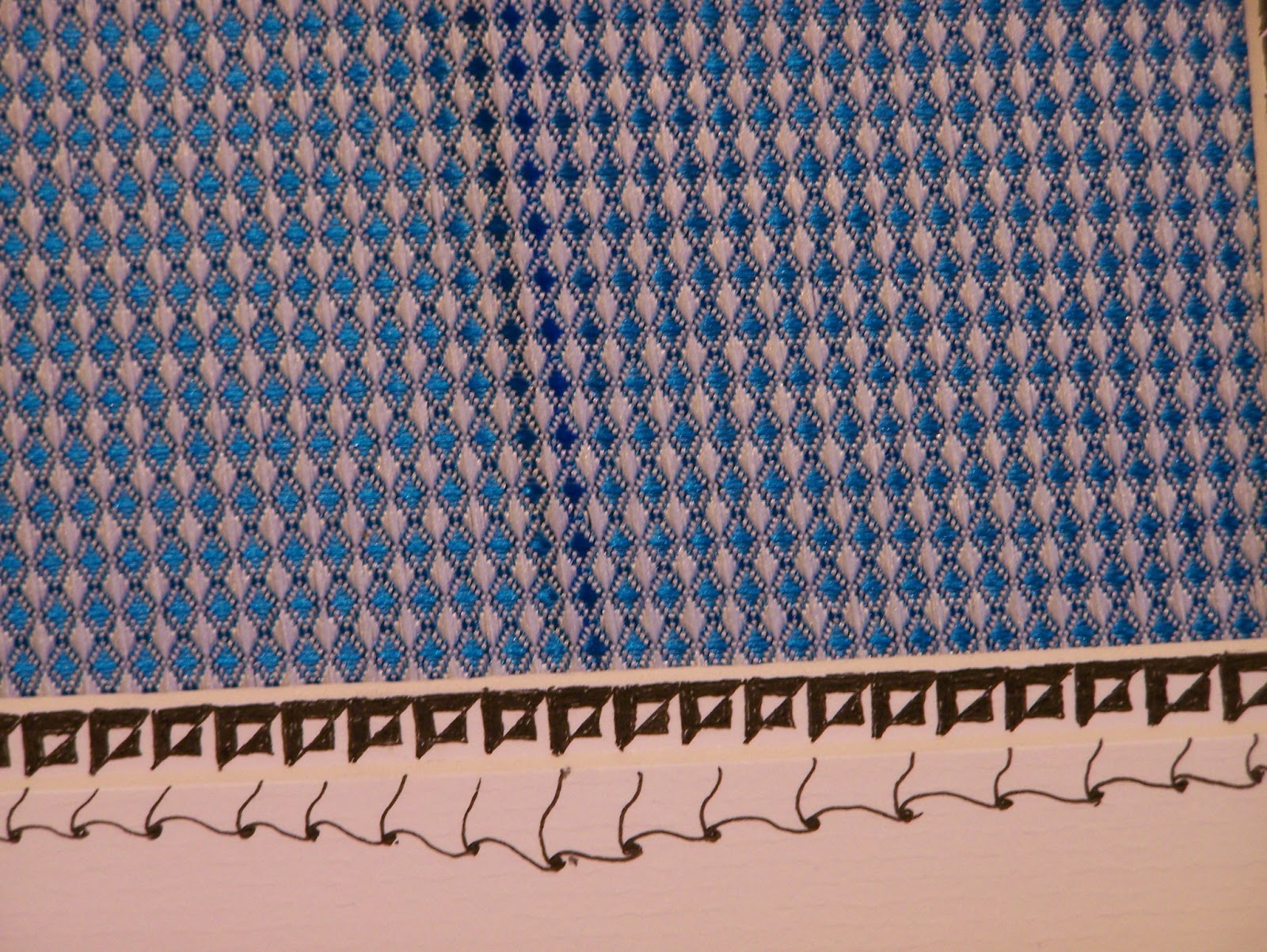 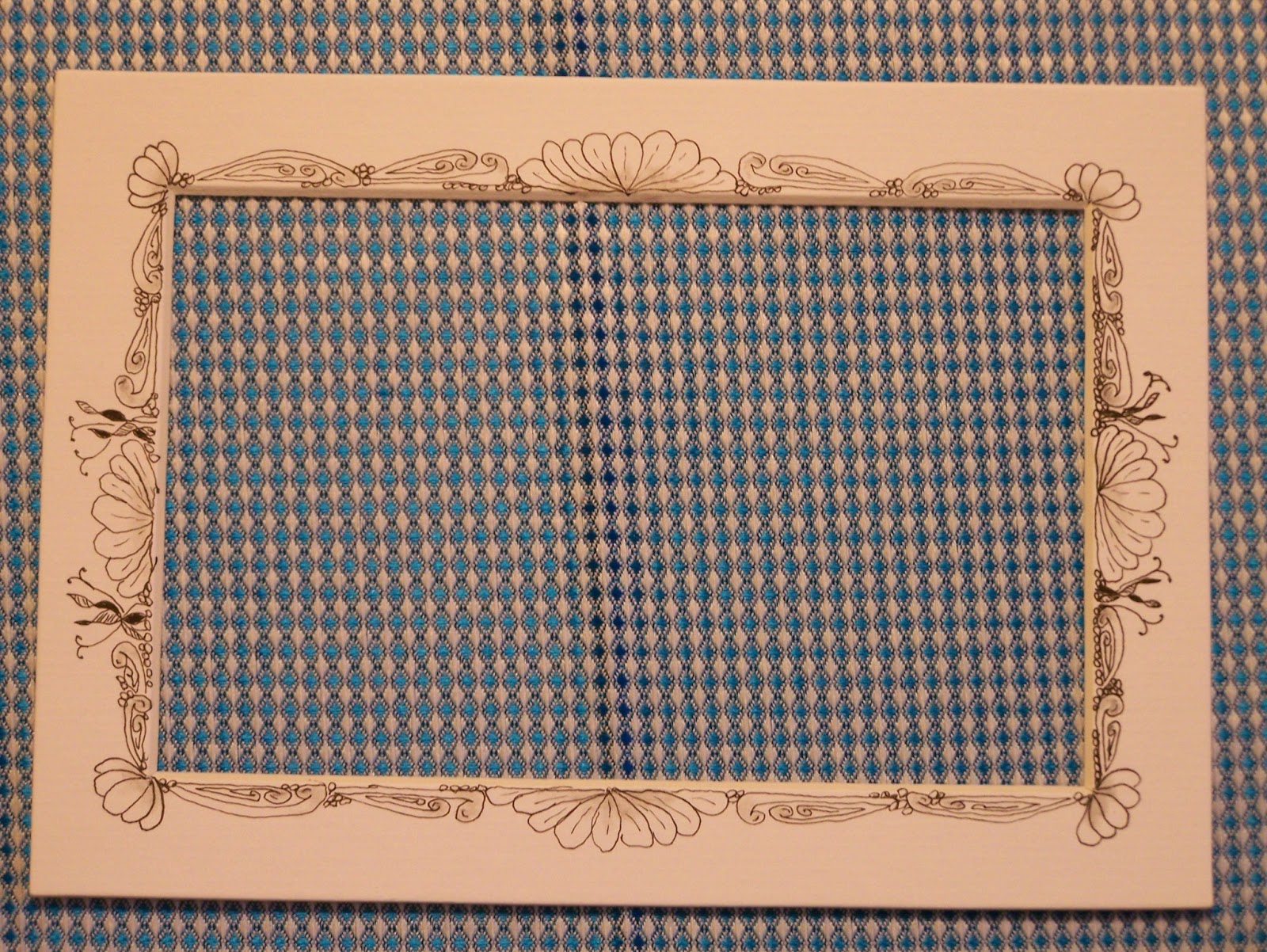 I was generally pleased with the results of these, especially for a first try.

Was trying to think of something that I could do with some of the tiles that I have completed. It is nice to have them around, but after a while storage is a problem. Took a page from Maria and Rick and what I saw a local photographer do, and decided to see if could make a coaster out of them. This is the result. 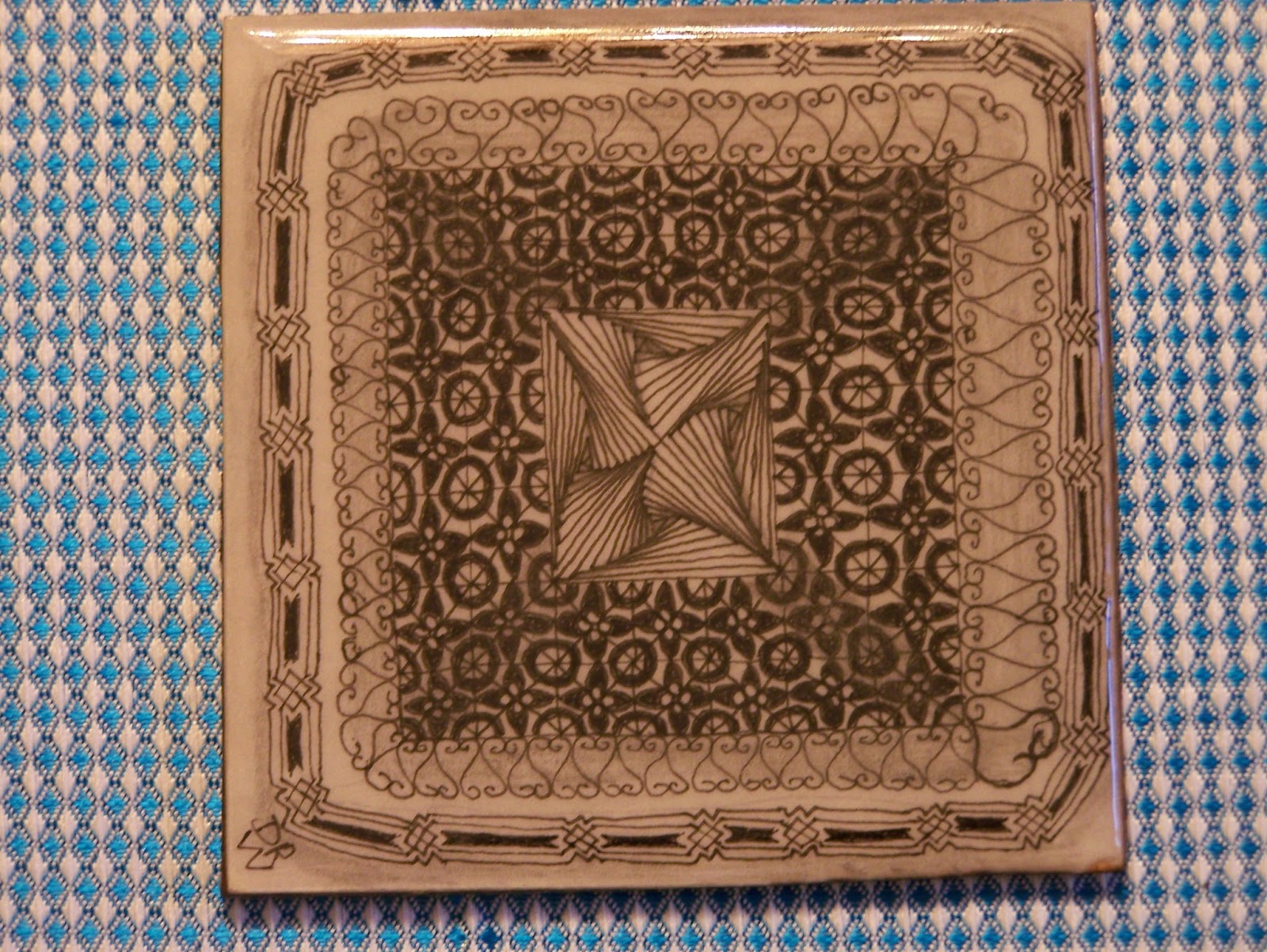 Cut out a piece of hardboard, glued the tile to it and then covered it with epoxy. Am still looking at ways to finish the bottom as when you use the epoxy you get a good deal of dripping before it sets. I may try to see if varnish will work as well but would probably have to put on multiple coats. Have seen spray varnish with UV protection. Do not really like the spray and think it would also be expensive rather than something that could brush on. If anyone has had any other experiences would like to hear what you used. This one turned out well but the problem with the epoxy is the fumes(although they were not too bad. Temperature may be more a problem later in the year) and sometimes end up with air bubbles.

I know this is a long post and I appreciate if you have stayed with it this long. The last thing is a project that my sister told me about. I have never seen any of the ones that she did, but wanted something that would be quick and something that might attract a few shoppers. Have 3 different key fobs. Two of them could have been tangled on both sides but decided to only do one side. Here are examples of each of them. 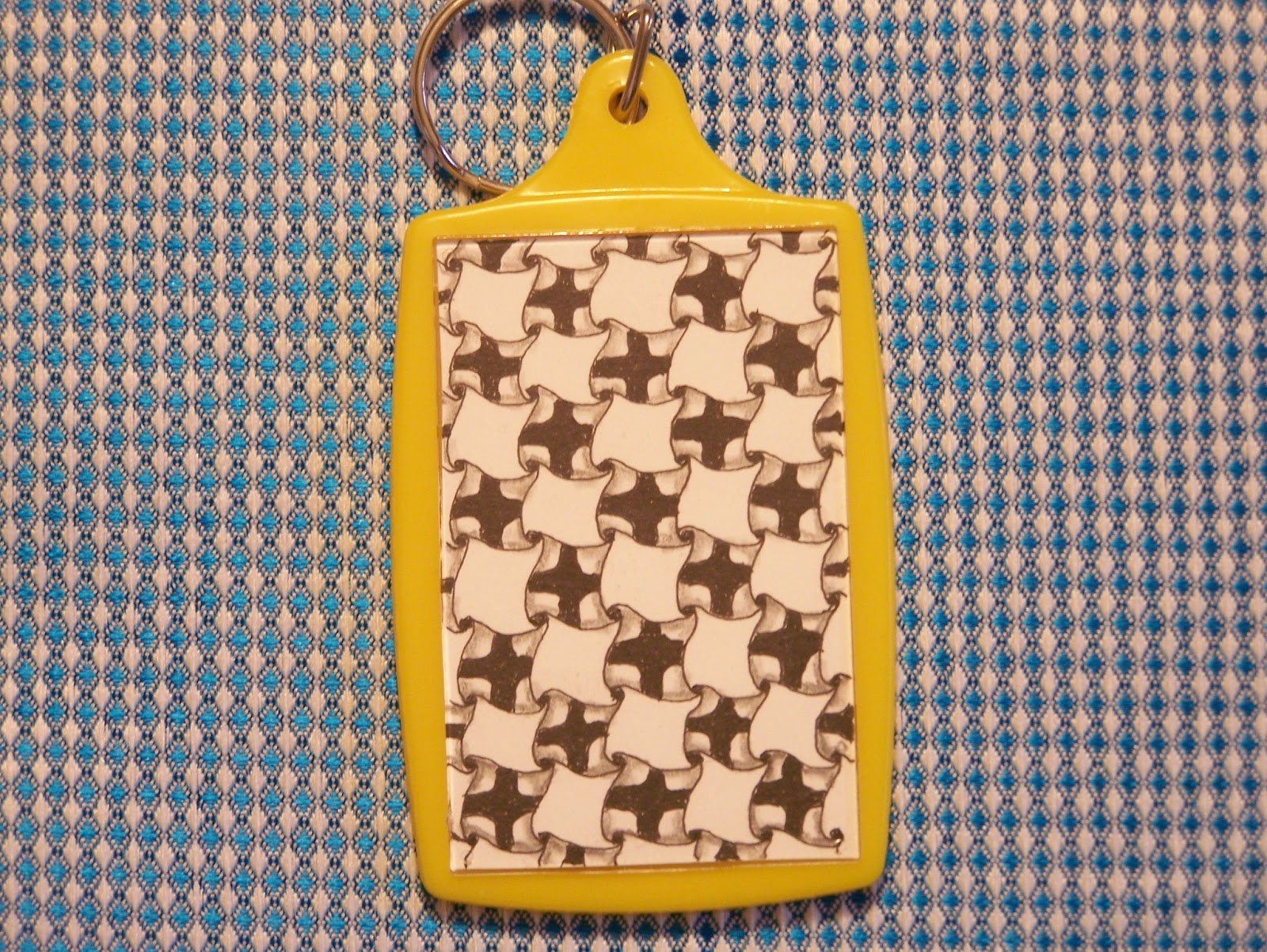 This is just a little smaller than the ATC tiles. 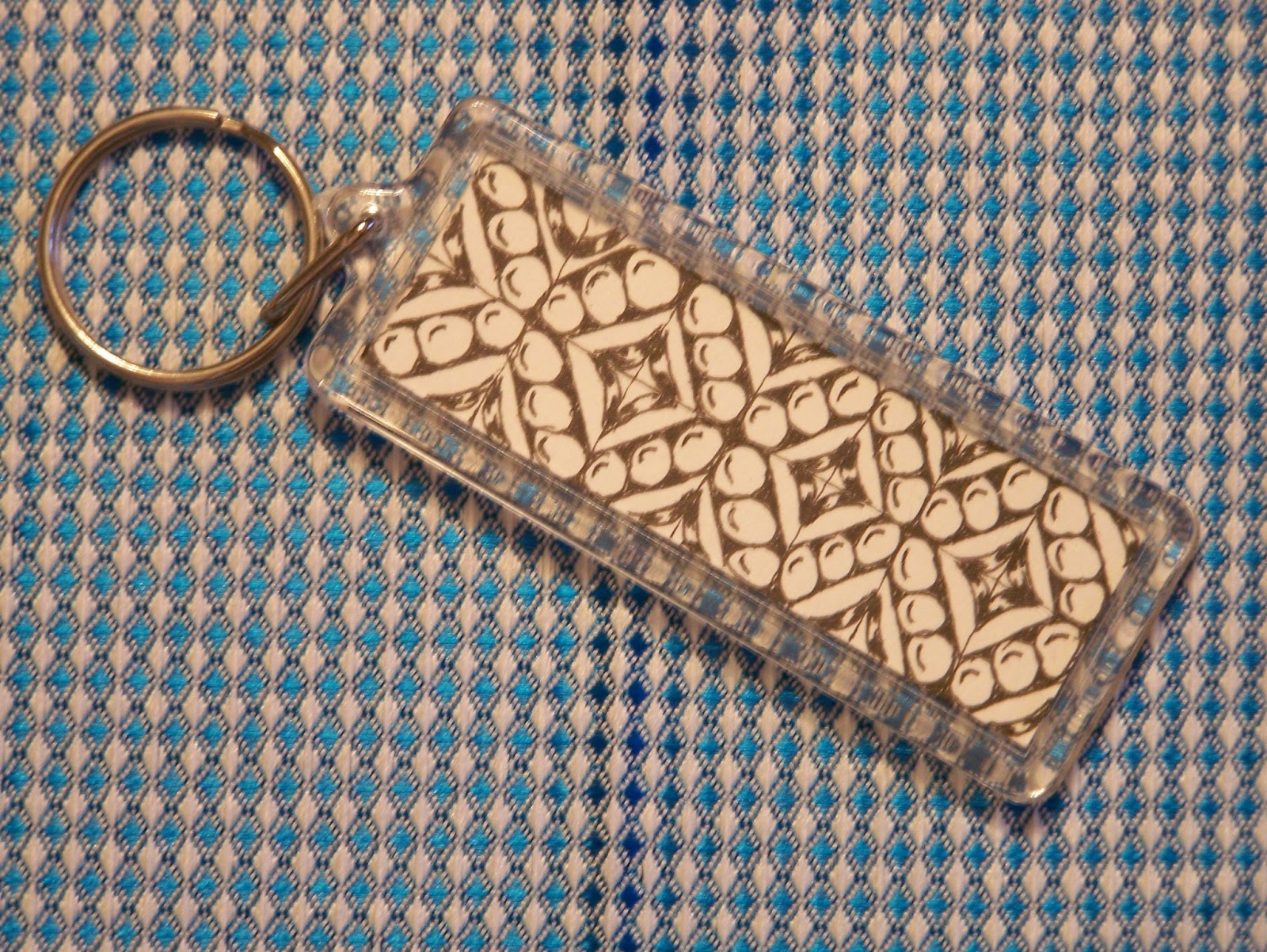 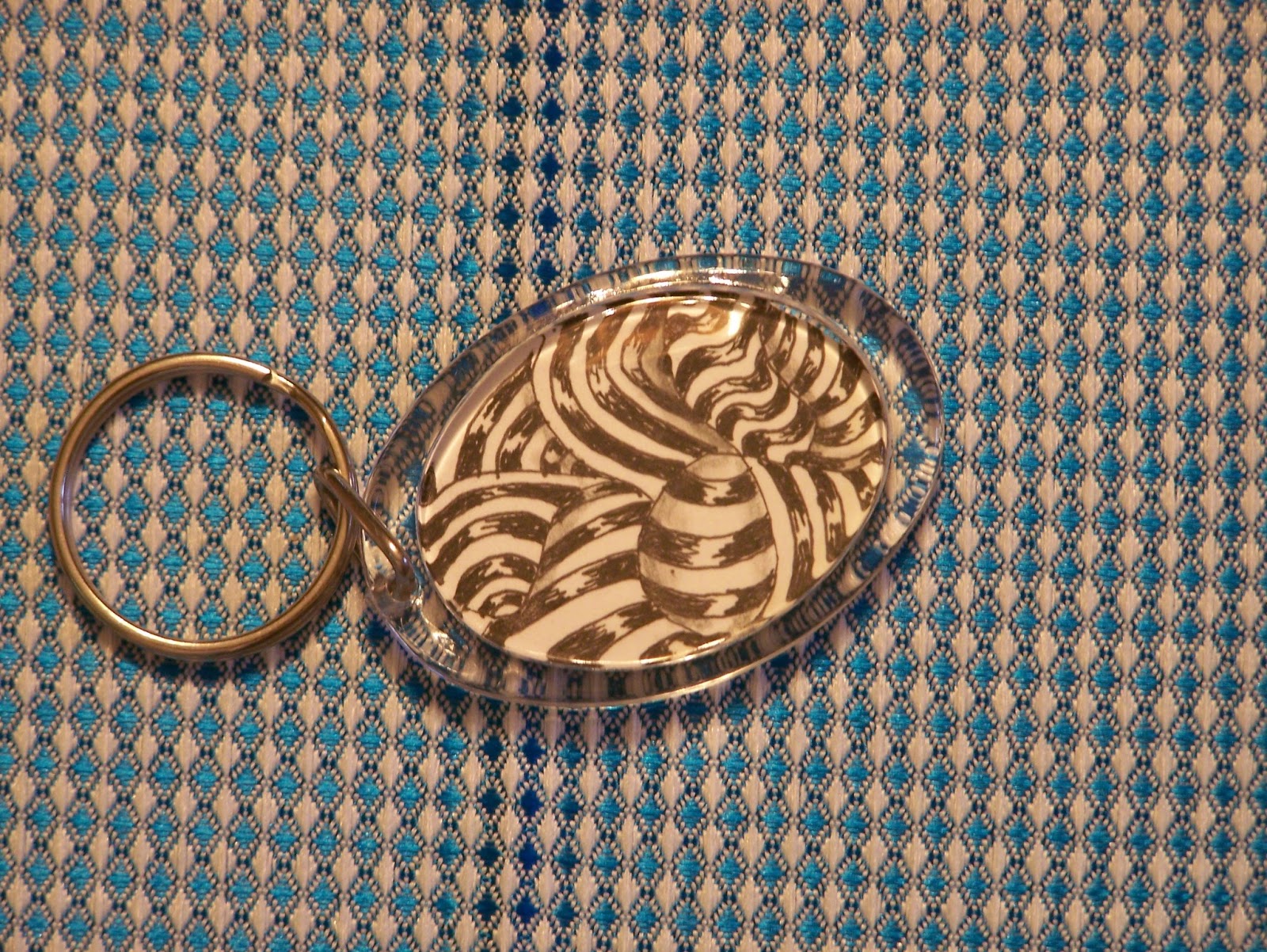 This is just a little longer than 1" at it's widest part.

Thanks for visiting. Hope you enjoyed  looking. If you have questions, let me know. As all ways, comments are welcomed, encouraged, and appreciated.

Posted by Tangles and More at 9:48 PM