When the Diva Challenge on grid seeds was done, I put out a grid seed which I could not come up with a name for.  Thanks to some comments from some visitors to my blog, I have come up with a name and developed another grid seed pattern. Katydidsworld said that it reminded her of an Italian floor tile. That was not the genesis for this tile, but I liked the possibilities. She recommended that could use the name of an Italian city such as Milan. I looked up what the word for tile was in Italian and it had possibilities. One word that it gave is piastrella. Not really sure of the pronunciation but it had potential. Then my sister reminded me that if I was thinking of using an Italian town name, we had such a name in our own background. We lived close to a town called Genoa and that was also the name of the high school that I graduated from. Hmm... What to do as I had talked with the person whose object was the original seed for the tangle. What to do. I went back and looked at the picture I had taken of the pattern and realized that while what I had done in the grid seed really was different and I actually had two different grid seeds. Problem solved. I hope.  Here is the step-out for the pattern that was in the Diva Challenge. I decided to go with the name Genoa. 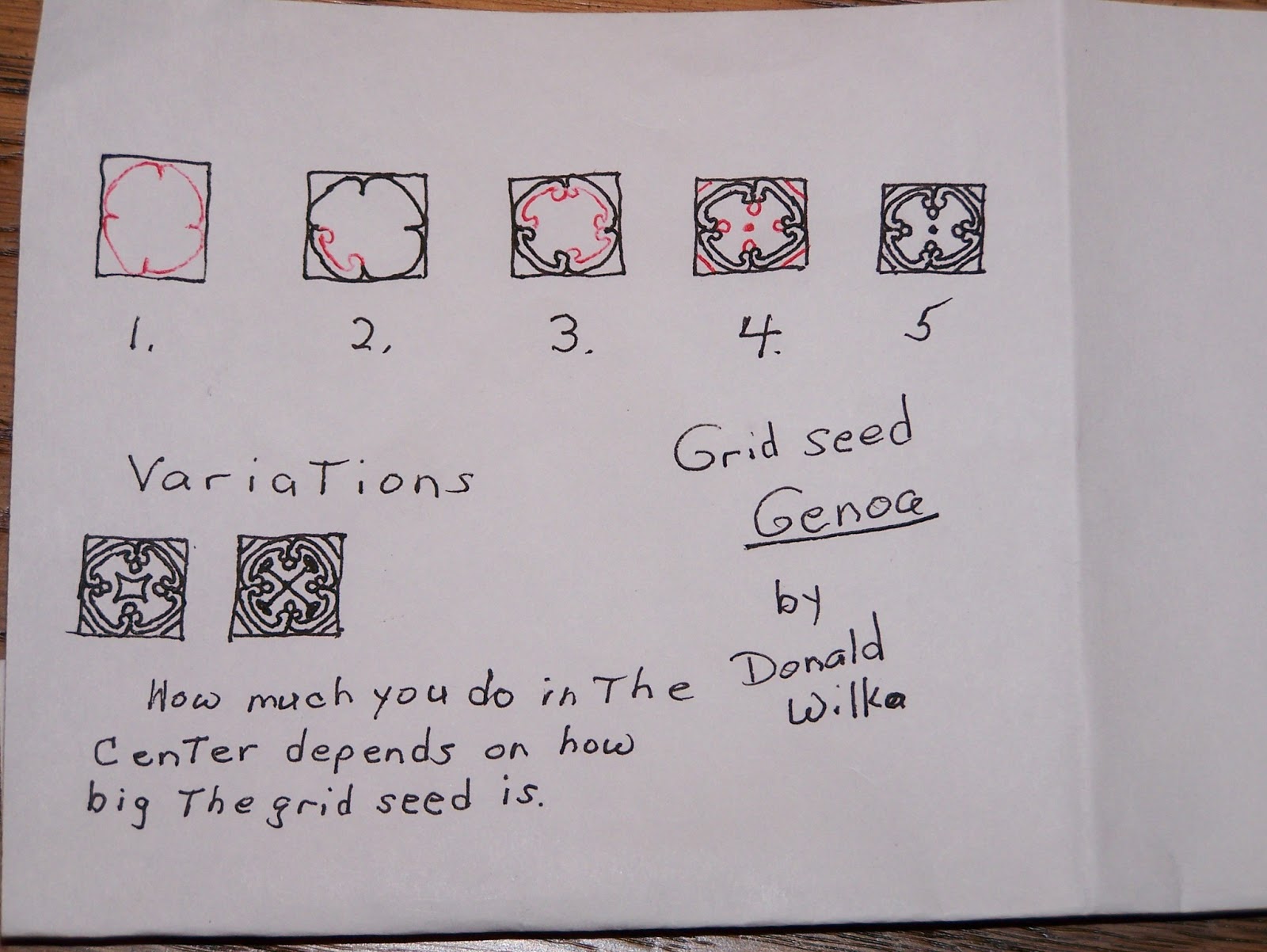 Thanks to Kathy, a fellow CZT 10, for her suggestion. And thanks to all the people that commented and made such positive comments about the pattern.

As I said, I realized that the original inspiration for the tangle was similar but quite different. I decided to do a separate step-out for that one as well. I won't go into the details behind the name but it is to recognize the person who had the object that inspired the pattern.  I have decided to call this Gingajava.  Here is the step-out for this grid seed. I hope you enjoy it. 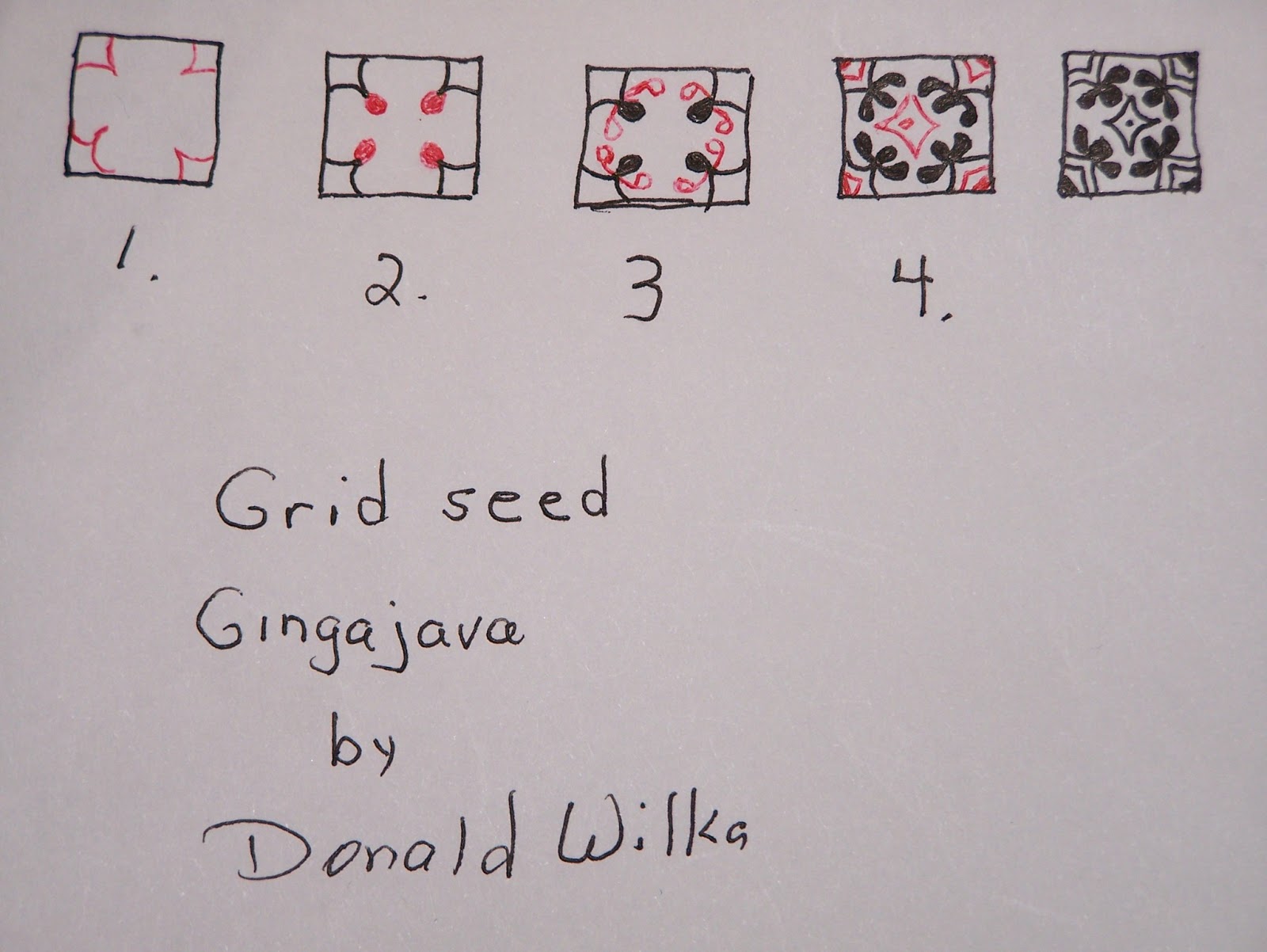