My initial response when I saw this challenge was to take a pass. That did not last long but I have to admit even when I started on it I did not like that I was thinking too much. I thought more about what tangles that I wanted to use or what it would like like than I usually do. Once I got past that it got a little easier. My first tile I decided that I wanted to do something that was either organic or free flowing but was not exactly sure where to start. I had used this technique before to shade tangles but never to create everything on a tile. I was a little apprehensive about starting. I finally did and then just let it flow. The first one was what I would consider a traditional Zentangle® tile. I used tangles but used the pointillism technique. After I got past the initial apprehension it was fun to do. It was more time consuming and at times did not feel as much of the relaxation as I do when I am doing a tile because I was still thinking too much about if I was "doing it right" .
Here is the first one that I did. I hope that you enjoy it. 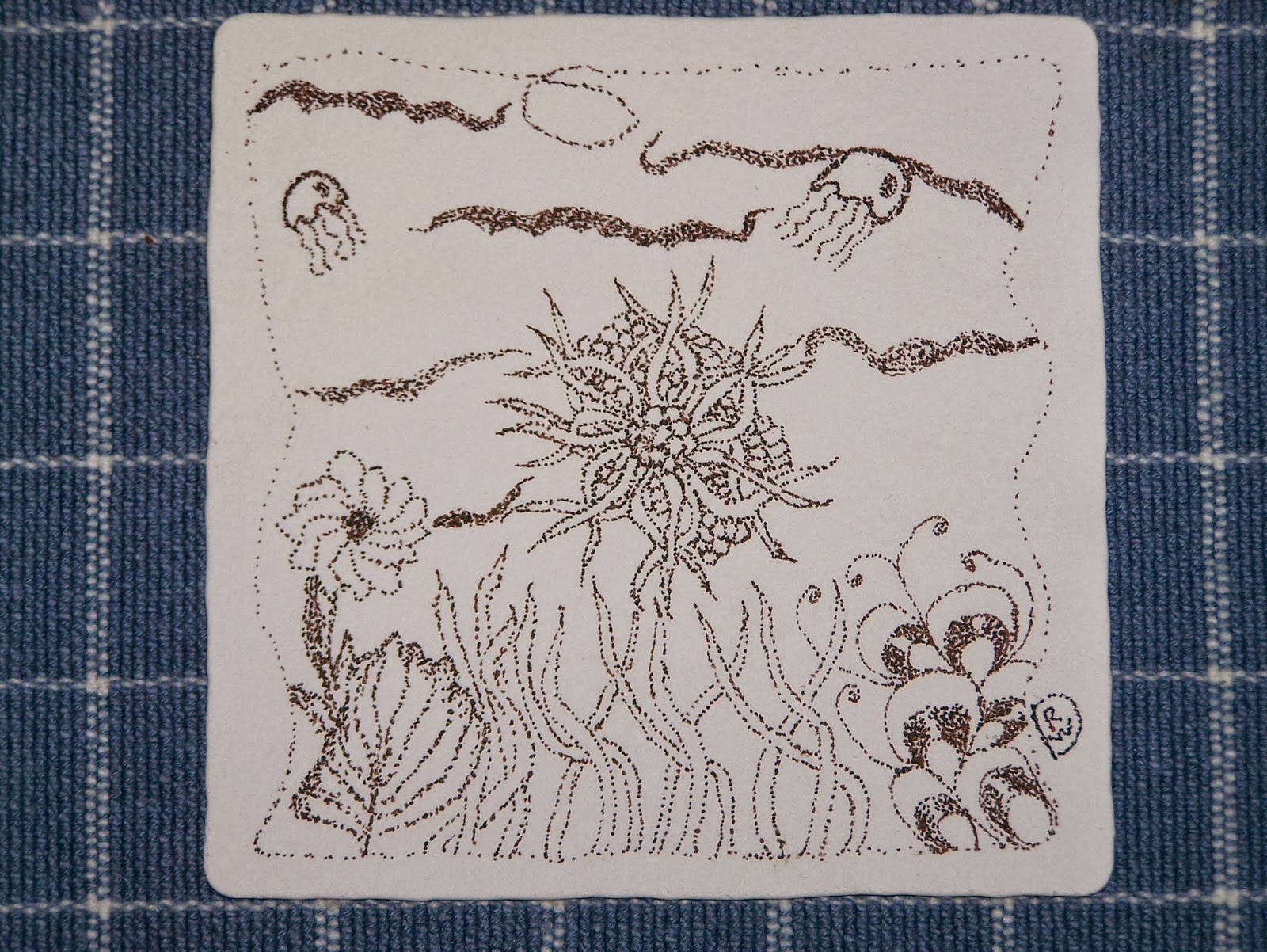 Tangles used: Phicops, Squid, Antidot, Boing(variation), floral pattern was from the S-ploration activity posted earlier. Used 03 and 05 Microns to do.

Although I was pleased with the result of the first tile, I still was somewhat inspired by Laura's more free form version. I really wanted to try something. This was harder to get started as I had no idea what to do. When all else fails, return to the basics. What I did was start by doing a frame. I did not do a string but started to work off the the frame and worked a piece/section at a the time. Doing this brought out all my apprehensions and anxieties about doing art. Probably the most difficult section was the spiral. I admire people like LeeAnn and Shelly who do such great jobs in this style. I decided to keep it simple. I did not use tangles, but used basic lines. Once I got started it came together much easier. This is what I came up with. Hope you enjoy it. 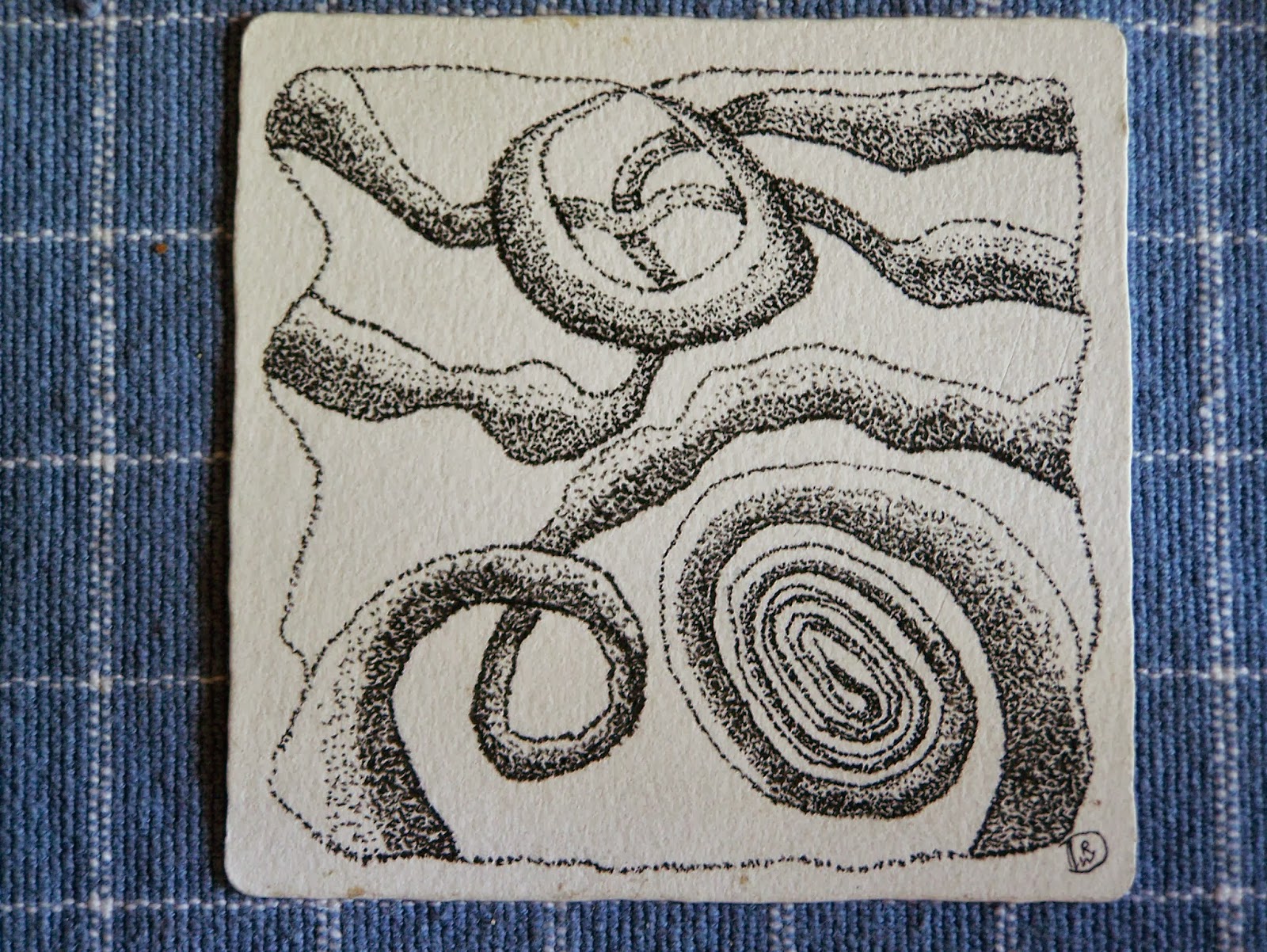 If you have not looked at the other things that have been posted on I am the Diva, would encourage you to do so. I have to admit when I saw that LeeAnn was the first to post, I did look at hers as I figured it would demonstrate her usual fabulous style. I was not disappointed but it also set a high standard. My anxiety cranked up a few notches.

Thanks for visiting. As always comments are welcomed, encouraged and appreciated.

Posted by Tangles and More at 5:28 PM