Getting this completed late in the week. Have mixed feelings about this one. I enjoyed doing most of the tangles but when got down to the finishing it was tough. I tend to fill in most spaces so am trying to leave some negative space. Was not sure if should just shade or put in some color, or just leave it entirely blank. If would have had more time could have copied this and tried all three to see which I liked best but decided to go with the shading. Did not turn out the way that I envisioned but is not bad. Hope you enjoy it. 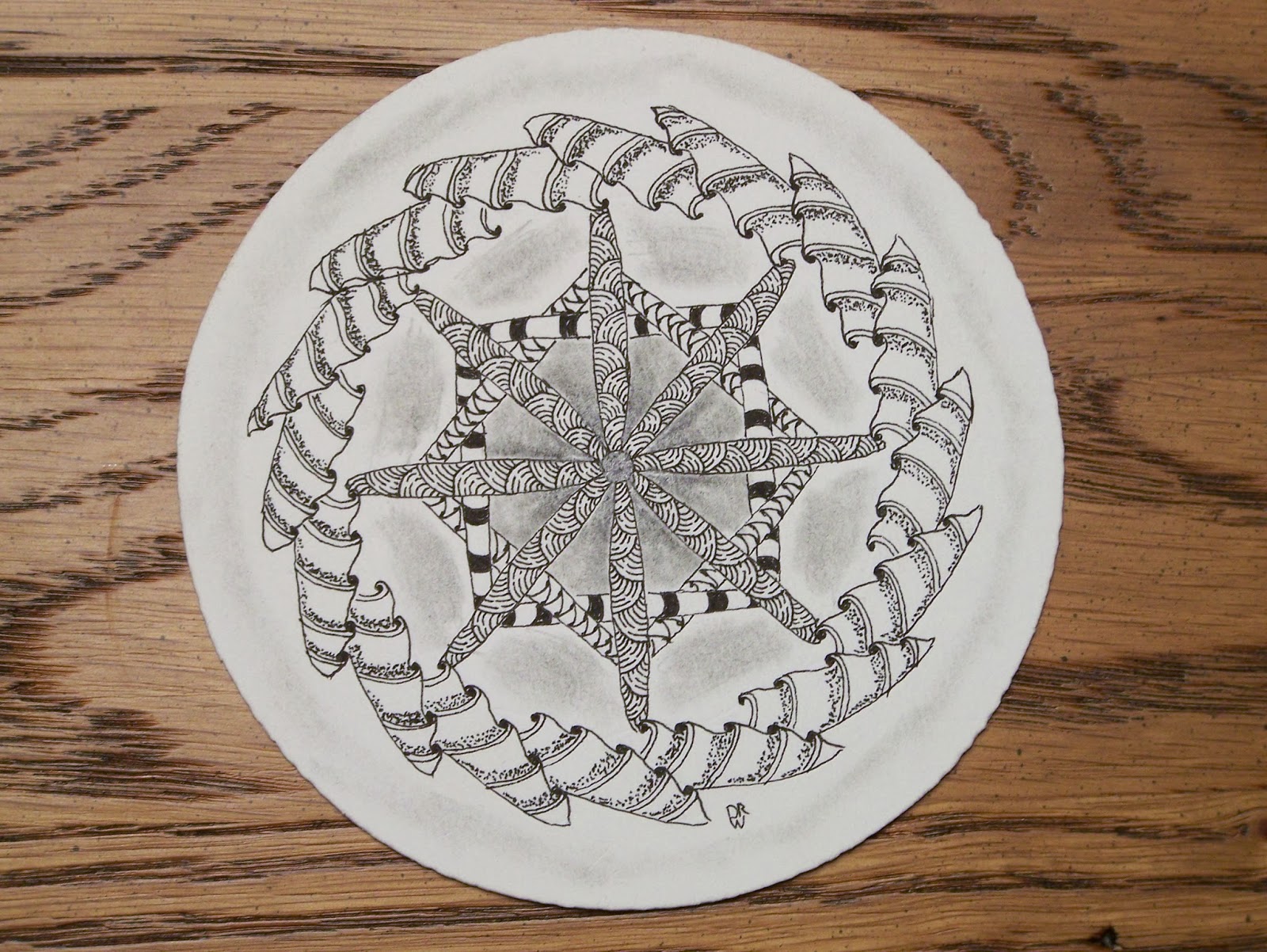 Tangles used: Dragonair, Shattuck, Betweed,
Used a 6B for the shading in the center, a 4B in the next and a 2HB on the outside. Evened it out with a blending stump.

Have not looked at any of the other posts, except for Erin's. Would encourage you to go to The Bright Owl and look at what others have done.

Thanks for visiting.  As always comments are welcomed, encouraged, and appreciated.