This week's Diva Challenge was interesting. I like spirals, but do not use them much. It usually is when there is some type of prompt. That was this week's challenge - use spirals as a string. I do not usually look at what others have posted before I do mine. I did know that I wanted to go to Shelly Beauchamp's blog to look at her page on spirals. I enjoy her work but her spirals are awesome. In the process, I ran across Cris Letourneau's piece. She had posted it on one of the FB pages that I follow. Hers was also pretty awesome. As I looked at them, they had different ways of doing the spiral. Now I had a dilemma on my hands. Which style was I going to use. I decided to one of each. I did not copy the patterns they used and I did not use color as Cris did in hers. Besides the tangling, the color in her spiral added so much to the piece.

After deciding that, my next challenge is that I realized that I did my basic spiral structure in the opposite direction of theirs. Mine were in a clockwise direction and theirs were counter clockwise. Not a major issue but did take a little to work out direction of some of the lines.

Then came the really big challenge. Deciding on what tangles to use and completing the tile. Choosing the tangles was not a major issue. But as I began the tile, I experienced a real reinforcement of needing to send my inner critic on a hike. I began tangling and while working on the first spiral, had to deal with an issue that I do not usually encounter. I very rarely have not finished a tile once I started but when working on this, I seriously considered ripping it up and starting over. The thought kept going through my head that this was not going to work. I was finally able to listen a little more to the other side to just keep going. I could decide later what I wanted to do. Honestly, it was not until near the end of the tile while working on Dansk that I began to feel more comfortable with the tile. It was not until after adding Flux, Fescu, and Zinger and then working on the shading that I finally was pleased with this tile. I did not think about taking pictures until later. When I thought of it, not sure that it would have shown so much of the process of change as really took place, plus I did not have a camera with me. Maybe some other time.

Being pleased does not mean that there were not things that I can see that I would do differently if I were to do this over. It is in no way perfect. It does not have to be. I like the result. When I was done, I actually felt pretty good about what I had created. When doing these challenges and working on tiles, that is what it is about for me. I guess it is a lesson that maybe we all need to revisit periodically. Focus on one stroke at a time and the process, not what it looks like.

Well I rambled on long enough. I hope I did not bore you too much. Here is what I came up with. I hope you enjoy it. 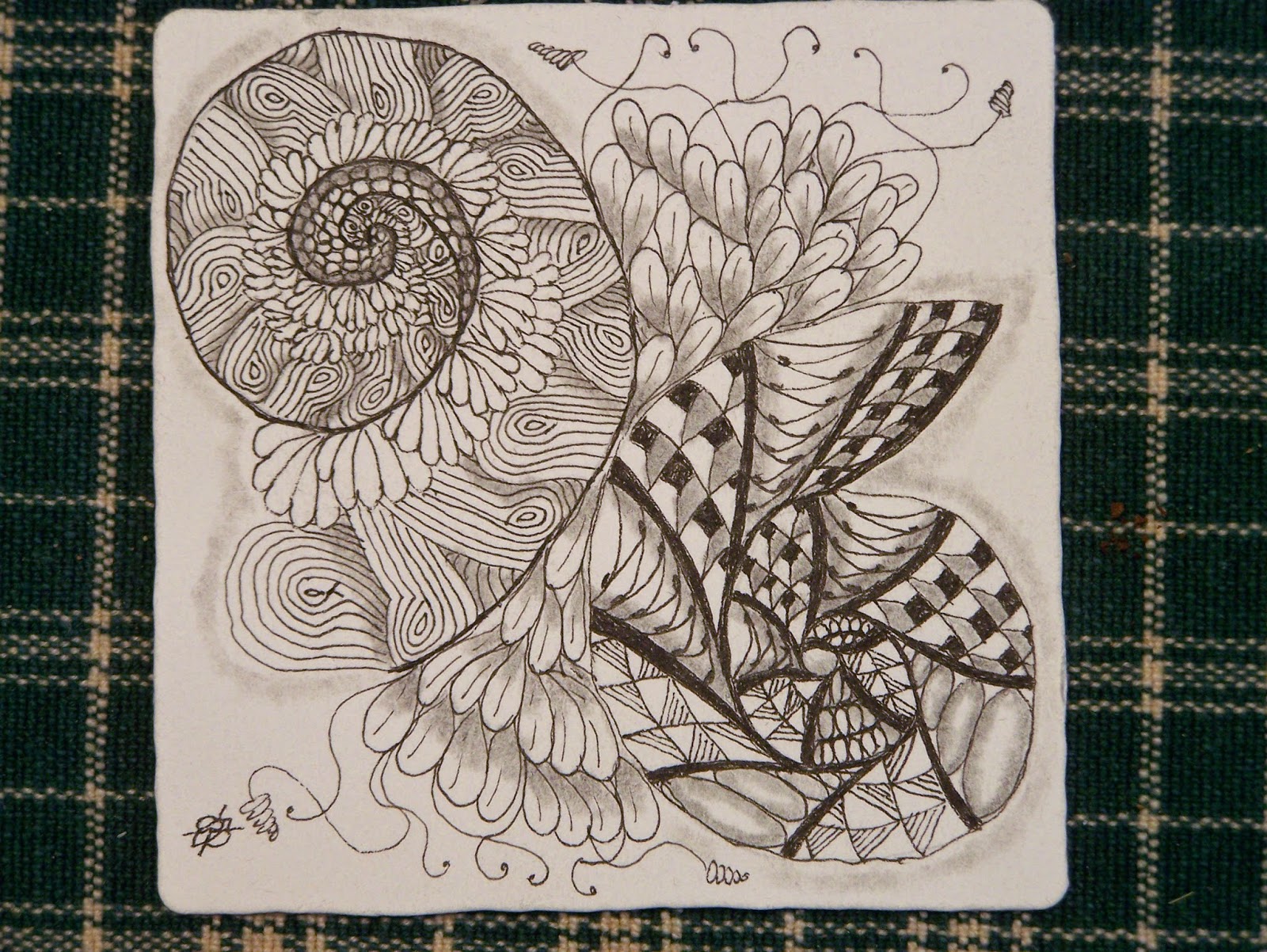 If you have not all ready visited the Diva's blog would encourage you to do so. You can do so by clicking here. I am  hoping to get a chance to see them over the next few days. Try it your self even if you do not post it to the site. It would be great if you did. Would be just that much more to enjoy.