I was not fortunate enough to go to Tangle U but I knew a few folks who did. I heard about the session that Maria Browning did on using color on the black tiles. I also saw a couple of examples, some on line and some in person. I then realized ( read discovered)  that Maria had included an example and brief explanation of this technique in her Time to Tangle with Color book. I had tried it once before but was not pleased with the results. Not sure if it was my pencils or what I used to make the tangles. On the first one, I did not have an old ball point pen so I used the stylus from my PDA. I think that that was mostly the issue. It might have worked but I would have had to really push harder than I did. To protect the screen, it has a soft cover on the point. Well awhile ago I purchased an embossing tool and recently I just purchased some of the Tombow Irojiten pencils. They were on sale for $.99 each. And guess what came today. I had been working on the tile for a couple of days. but when the pencils came today it was a stronger motivation to finish the tile and experiment a little with the new pencils. Here is what I came up with. I hope you enjoy it. 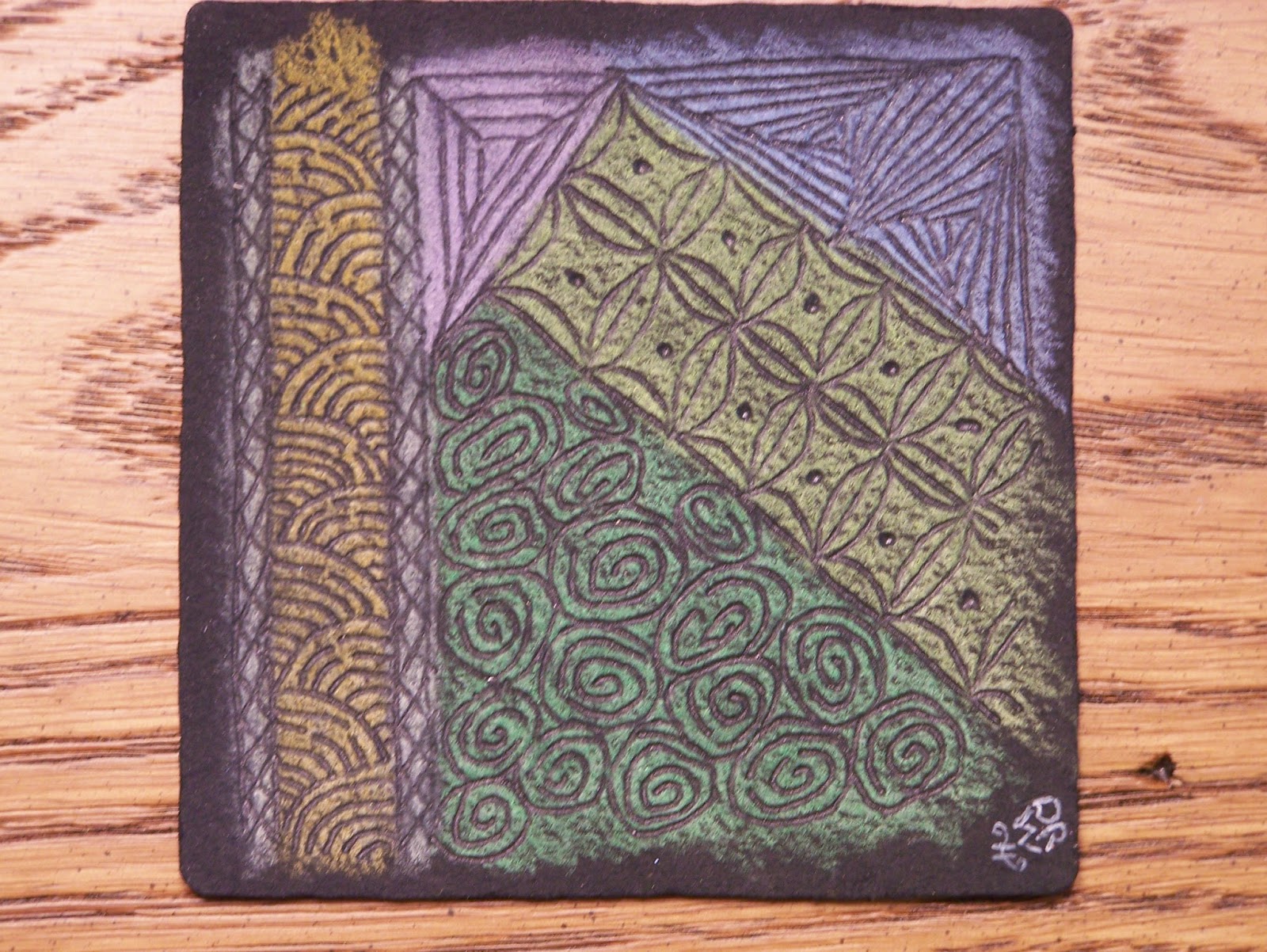 I only used a portion of the pencils that I received. The colors I used were Straw Yellow, Sunset Orange (Shattuck), Vigorous Green ( Printemps), Cameo Pink (Triangle), Lightning Yellow (Bales), and Horizon Blue ( Paradox).  The only color that I was disappointed with the way that it turned out was the Straw Yellow. I did not use it a lot and it may just not be a good choice for the black tiles. Will withhold judgement on this color until I have a chance to experiment with it on other things.

As I mentioned earlier, I think the hardness of the embossing tool made a difference in how it turned out. I must say thought that the Irojiten pencils were nice to work with. The color went on very smoothly, much more than my generic colored pencils I used before. It was much easier to get a smoother cover and layer it with a lighter touch than what I could achieve with my generic pencils. I guess the quality of the tools that you use can make a difference.

I am doing a class this Saturday on this and other techniques on the black tiles. I am glad I had a chance to practice this again.