I posted a plain tangled version of this previously. I asked for some responses about whether to use color or traditional black and white. Did not receive a lot of responses either way. Think that part of the problem is that people were too busy celebrating the New Year. At least it is the position that I am going with. I really was undecided. I wanted to try color, not so much because I like using color but mostly because I have a new set of Prismacolor pencils that I had not tried out yet. Even had a blending pencil, which I have never used before. My only art training is Zentangle® so anything else I do is a combination of experimentation and remembering a few things I have heard other people mention. I took some pictures of the process along the way. Did not photograph everything. Were more at the end as I was getting a little more comfortable with the blender and it also was the most dramatic change from beginning to end. I plan on doing one in black and white later. Here is what I came up with. I hope you enjoy it. I will post a picture of it in the frame after I have the other one done.  If interested in seeing the product itself click on Trim-A-Rim here.

Just as a reminder, here what it looked like when I started. 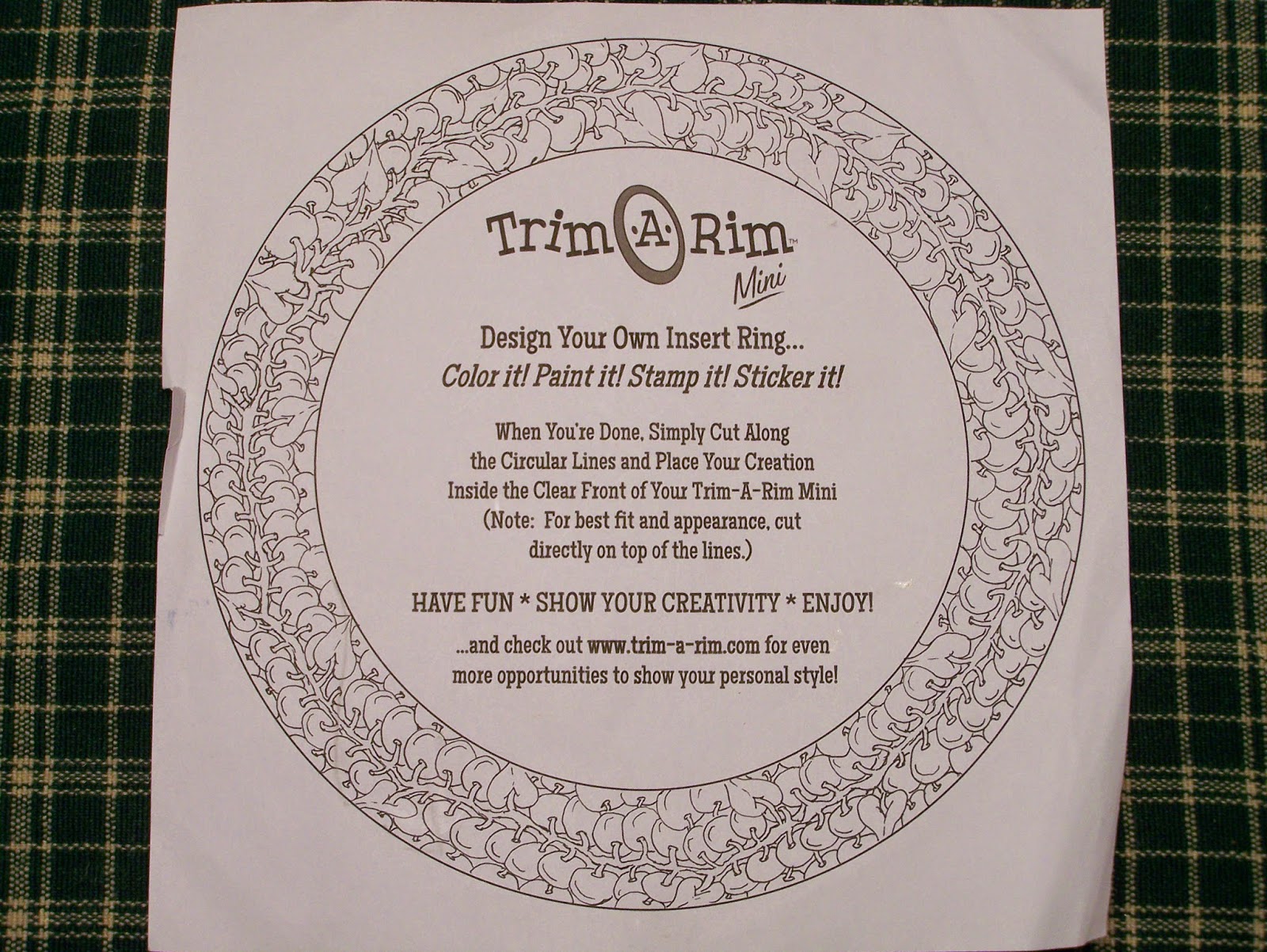 The first color I added was a blue that I then layered white on top to lighten it. 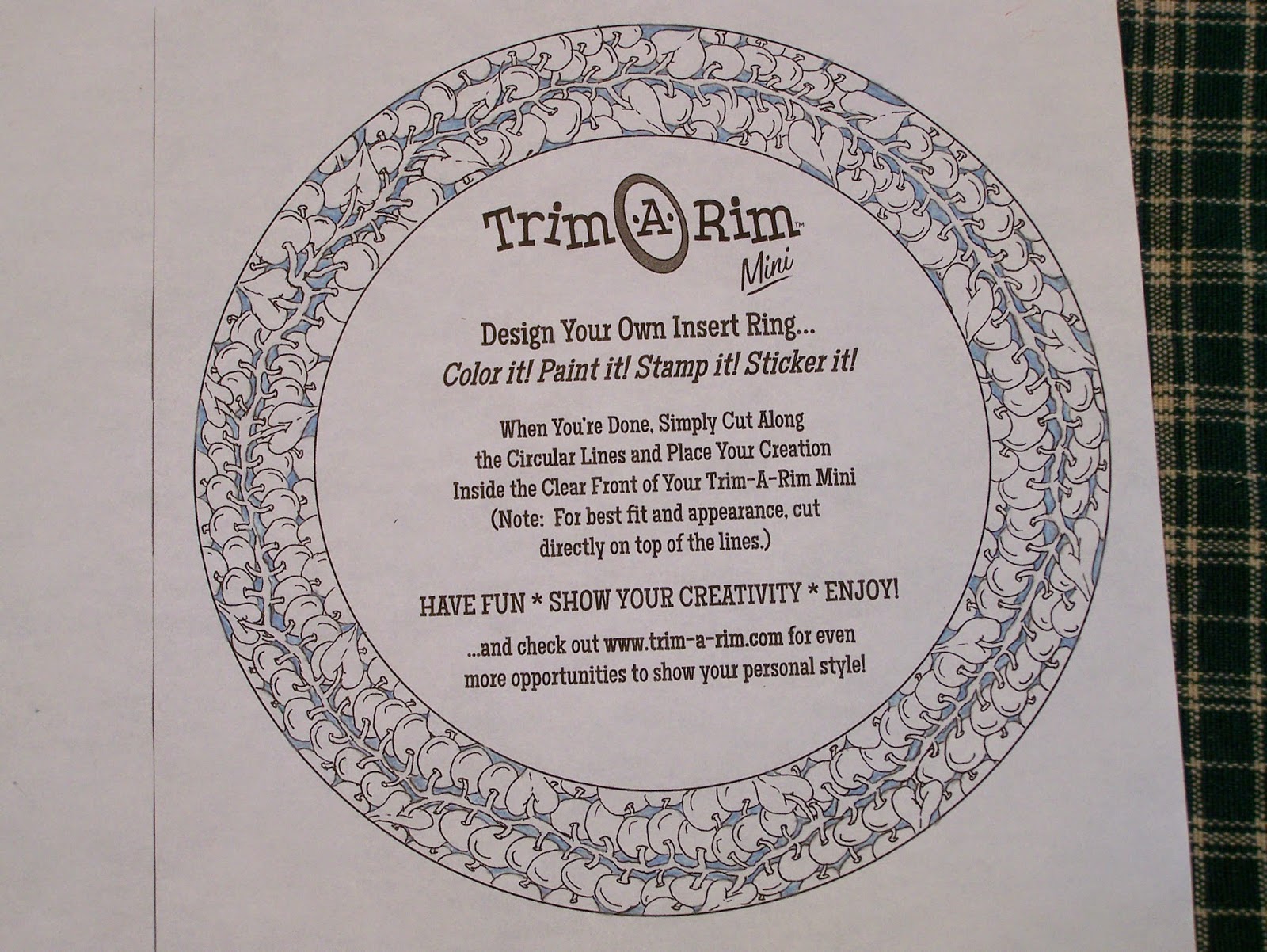 Next I did the stem, which was again a two layer process, but this time the lighter color was used first.
(goldenrod & light umber) The next step was the leaves. This was a harder one as I wanted to add some shading so I layered 3 colors.
Again this was the lighter color first.
(apple green, spring green, and grass green for the center vein) 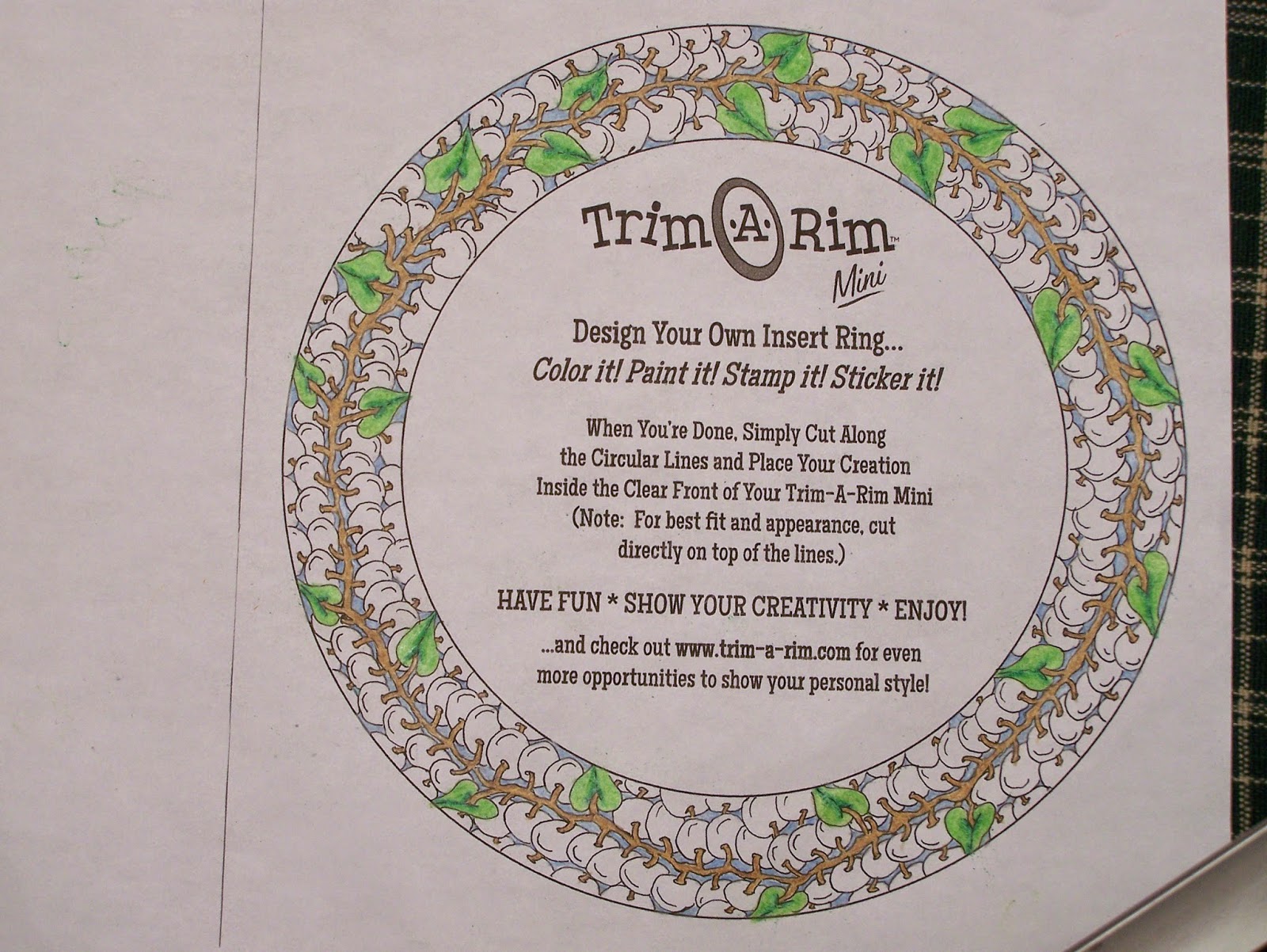 The Poke Root was the hardest. I experimented with a number of things and at one point was going to do another 3 layer technique. I decided against it after some more experimenting and only did 2 and did more with the blender.
This first layer is blush pink 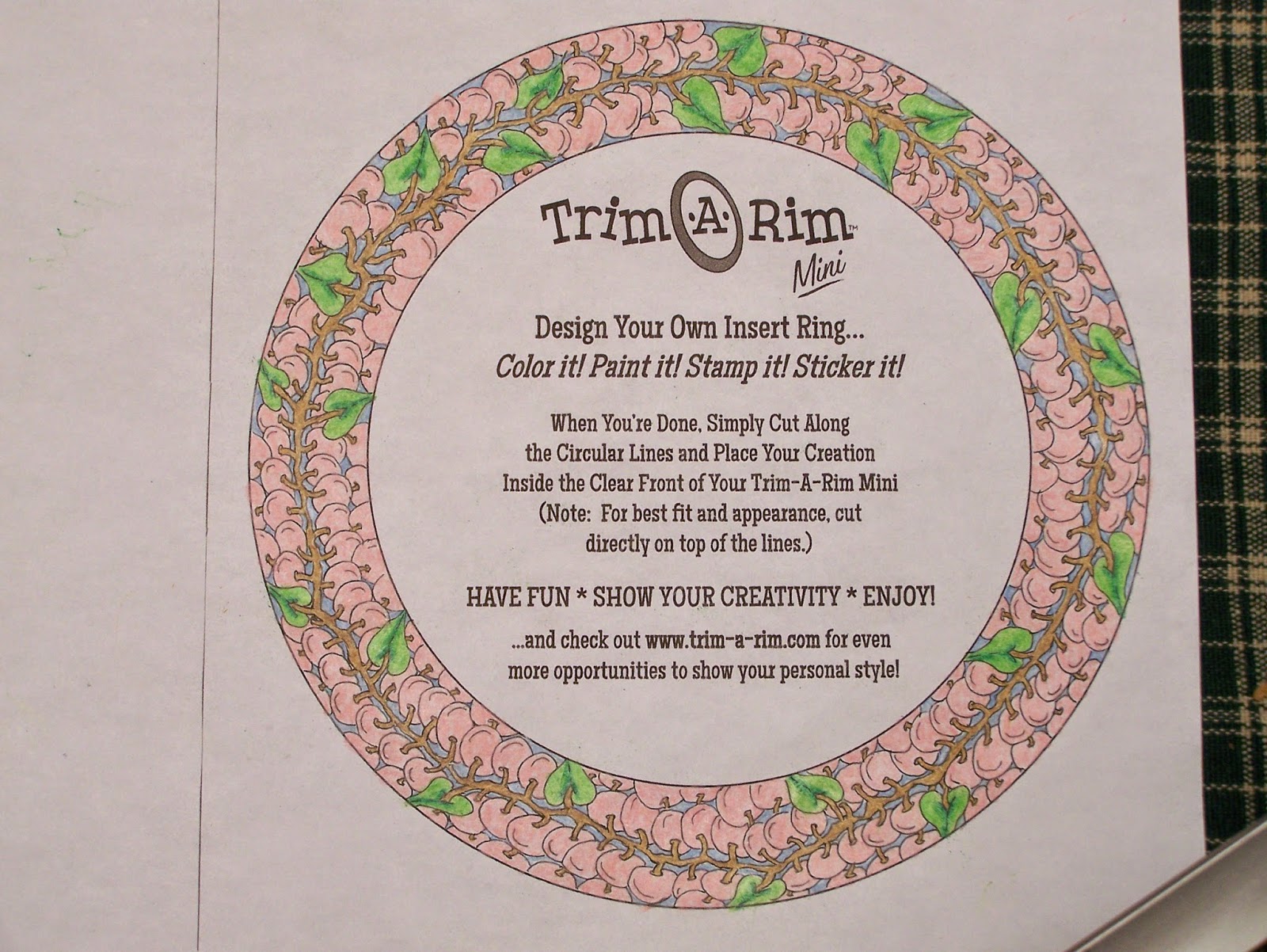 This next layer is the second layer before blending.
crimson red 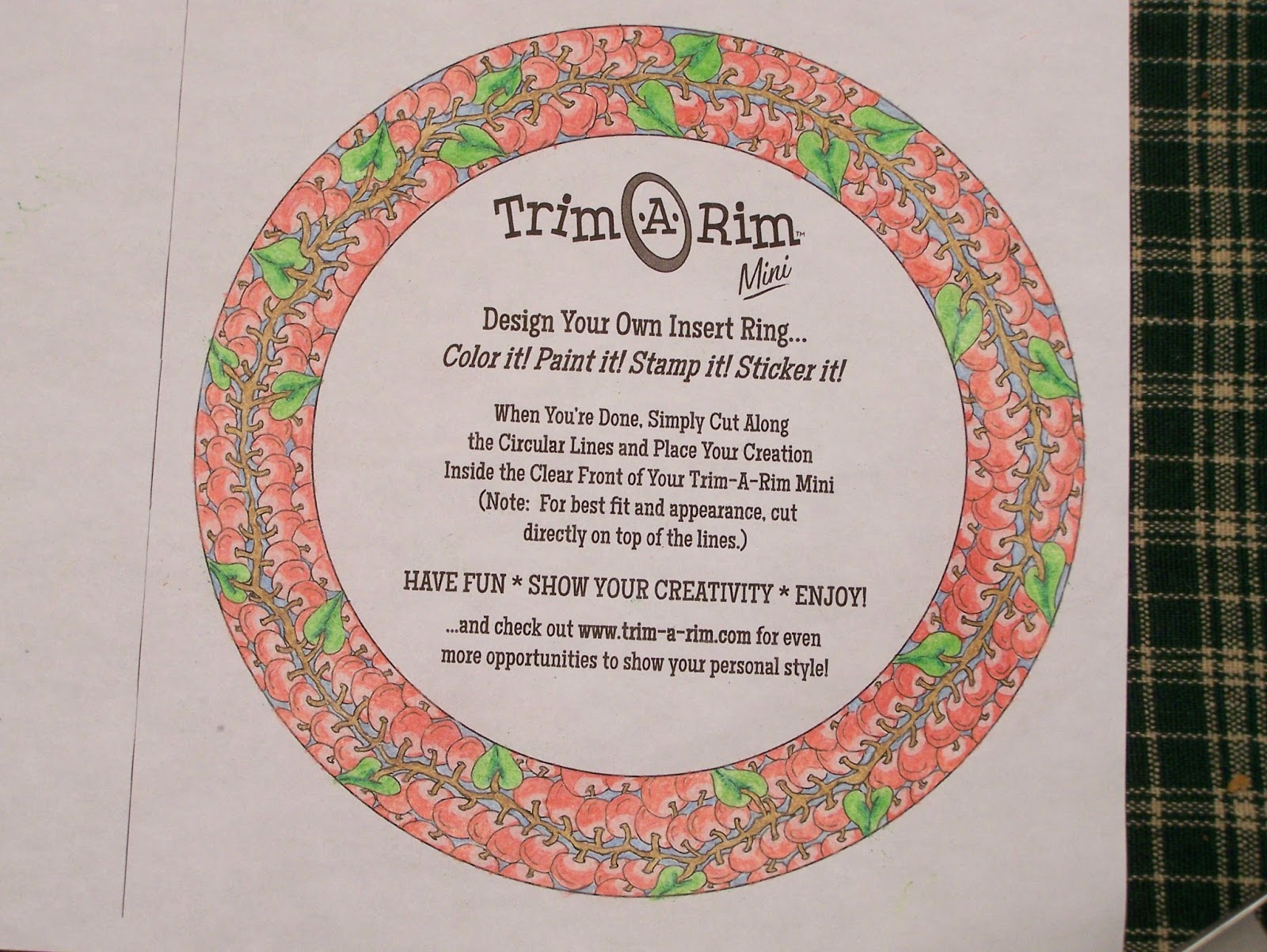 Here is the ring after blending the blush pink and crimson red. 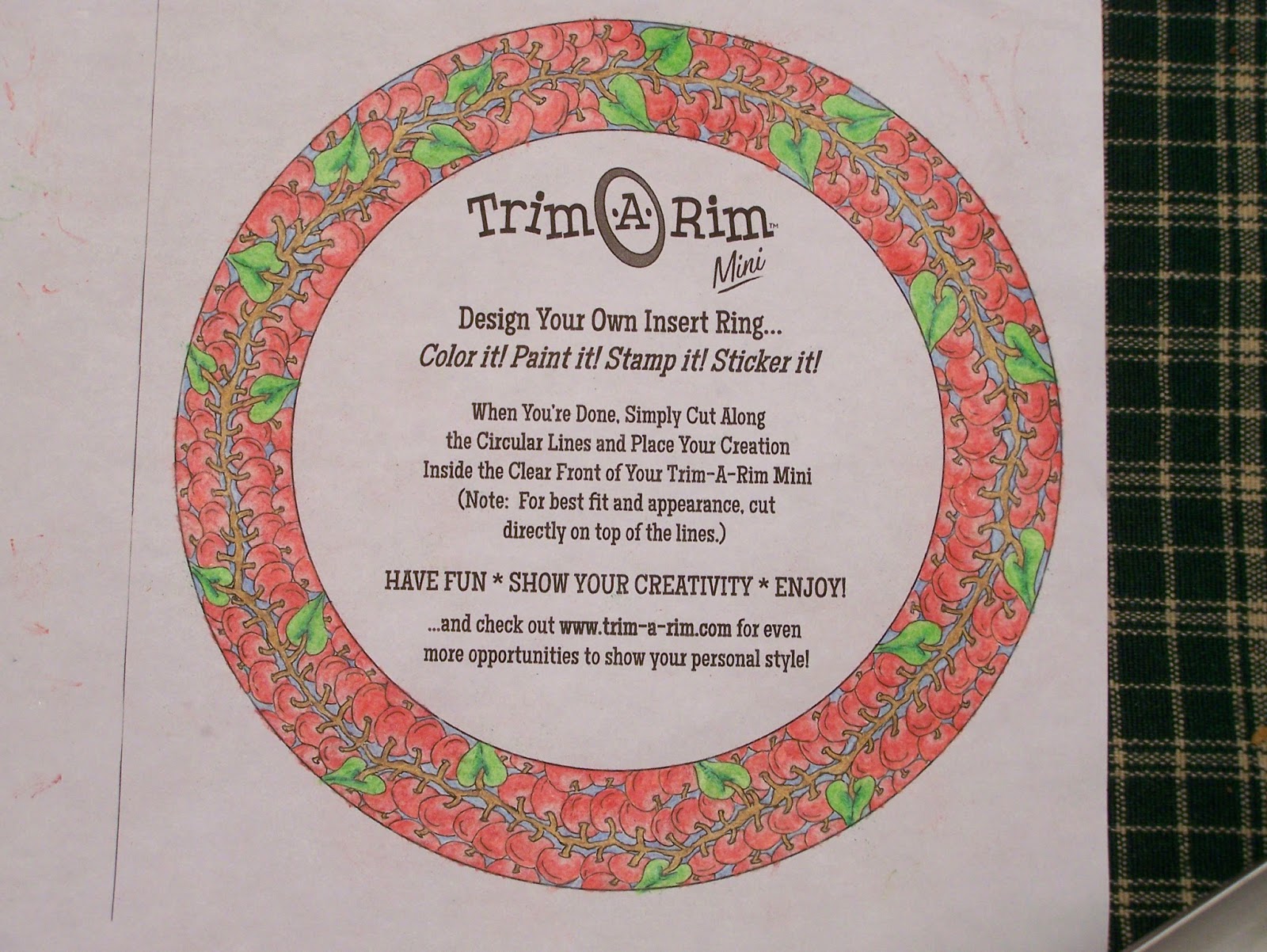 This was a lot of work. Took me most of the day. Have a new appreciation both for those that do colored pencil art all the time but also some appreciation for the Zentangle® method that just uses black and white.