This was a fun Challenge to do. I knew I would not have a lot of time so I wanted to do something relatively simple. When I looked at the string started to look at all the spaces and tried to visualize different ways to use them. Did not really want to do a different tangle in each section. That seemed too disconnected/disjointed. Was thinking about a class that I am planning on using tangles as strings. Decided this was a good time to get some practice as I had not done this for a while. Thus the beads. I was a little stumped on what to do next as there were still a lot of spaces. Thought of different things that I could do and started to do Keeko. Liked the way it was looking but after I was about half way up the tile, began to think that maybe just having that would be kind of boring so I began thinking of things that I might do. I did not want to do totally different tangles. As I looked at it it began to remind me or a necklace laying on a table. I thought of other things that might be on a table and decided on the flowers. If I had thought of it sooner I would probably have added a few more.

As is usual, the most challenging part of completing the tiles is the shading. I was not sure what to do but felt I needed to do something to separate out the different elements. Some of the blending did not go as I would have preferred but overall I am pleased with the result. I though about trying to do a little more rounding of the beads but opted not to do it.

Here is the tile: 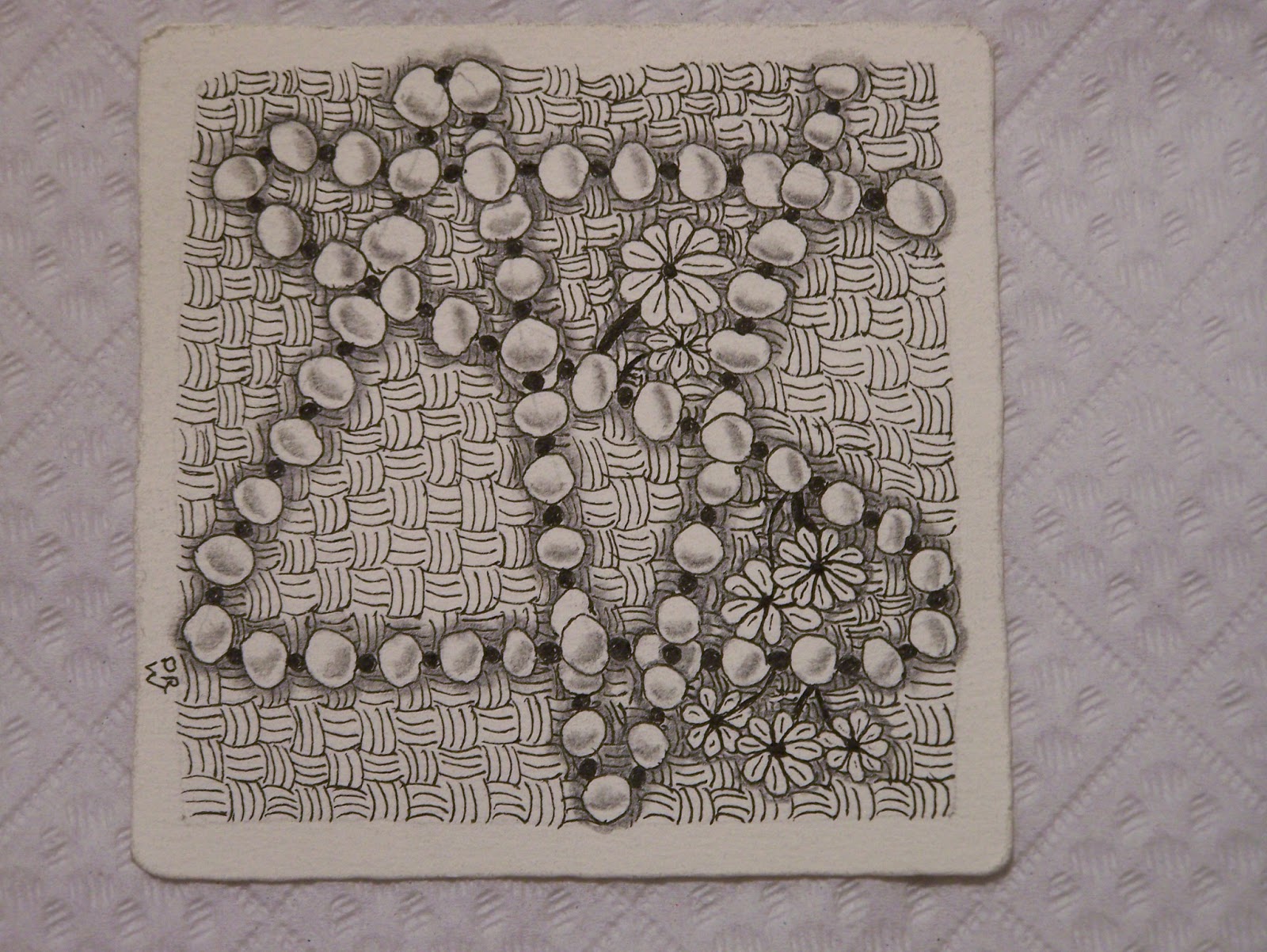 If you have not been to the Diva's blog, would encourage to head over there by clicking on the highlighted link and look at all the other great postings.

As always, comments are appreciated, welcomed and encouraged.
Posted by Tangles and More at 9:44 PM