First challenge of the new year and the first zentangle/zendala of the year. Looking forward to a year full of tangling and teaching.

You would think after doing these a couple of months that I would have learned a few things. I guess I have but I am still a slow learner on a few things. There must be something about zendalas that make it harder for me to imagine the outcome. This was one I had a hard time deciding what to do. Rather than over thinking I just started and let it happen. Again though, I was not really seeing it until I was near the end and the shading also added a dimension that helped complete the piece. I need to keep working on being patient.

I thought about starting over but am glad that I did not. I am satisfied with the end result.


Could not decide on which picture I liked best, so just decided to post them both. Both were taken without a flash but the first was with manual settings and the second was with auto setting. 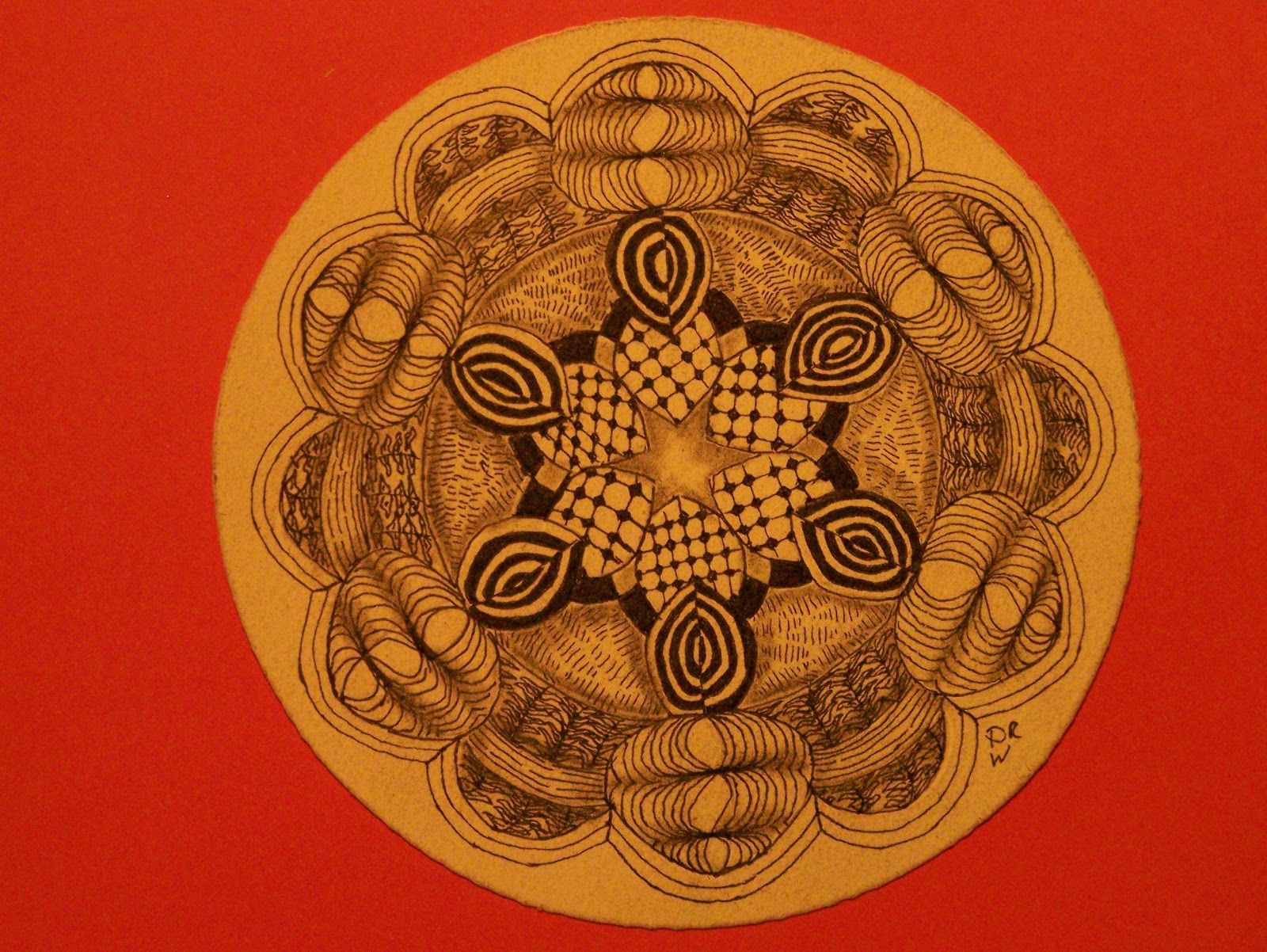 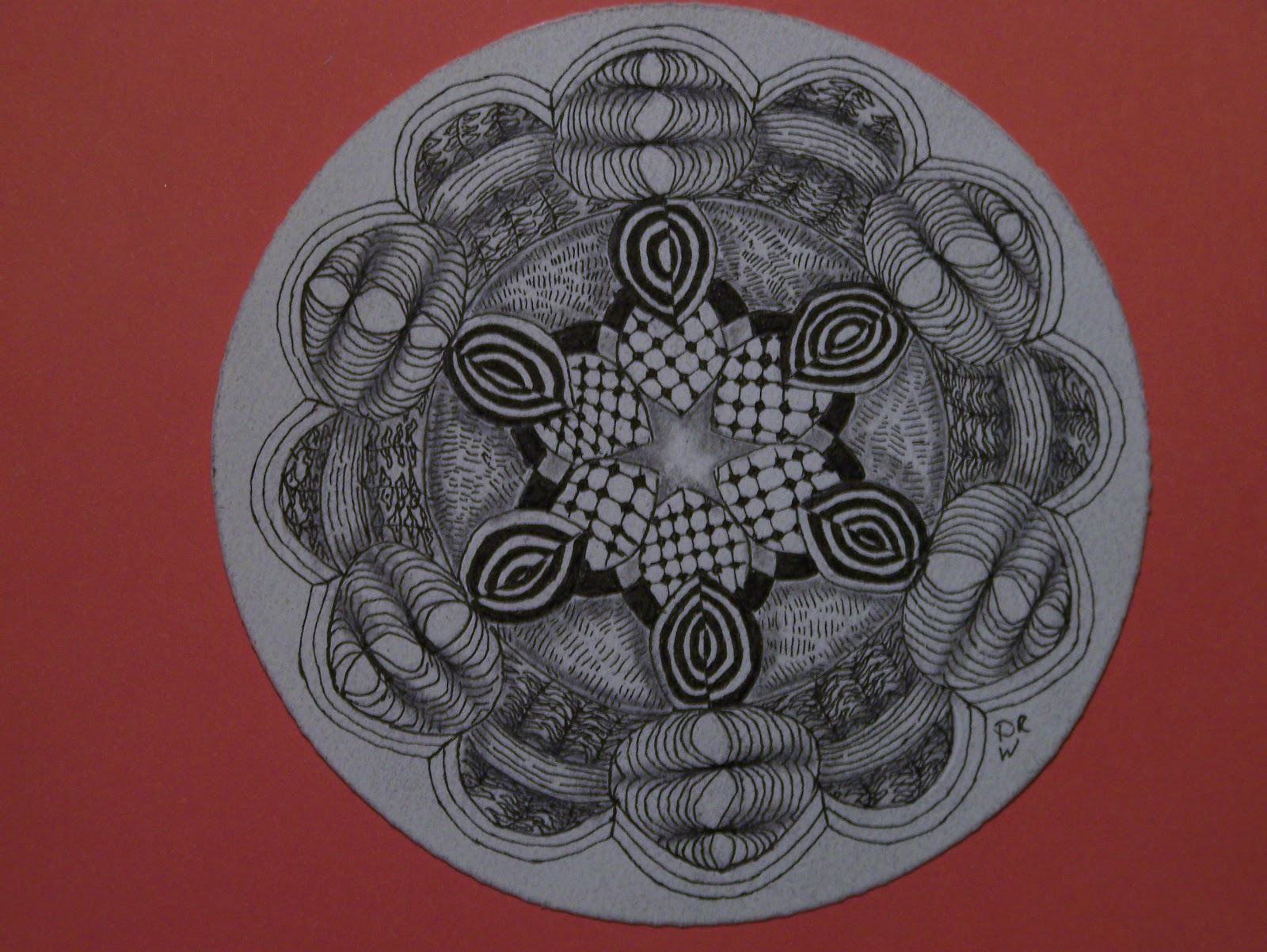 Thanks for visiting. If you have not all ready been to The Bright Owl would encourage you to click on the blog name and look at the other submissions.

Hope you all had a Happy New Year and wish great tangling adventures throughout the year.
Posted by Tangles and More at 8:51 PM